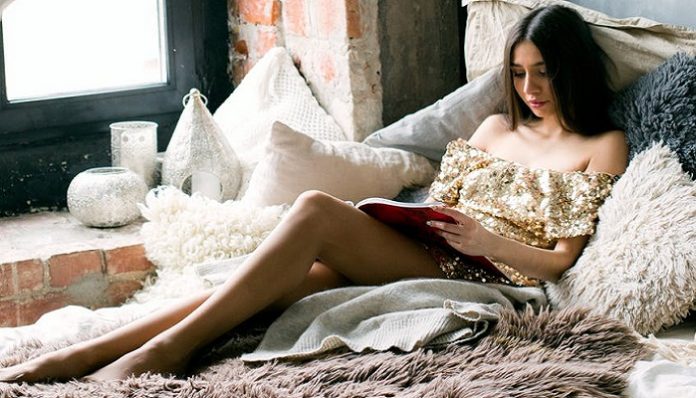 He was my last prom dance, my first serious relationship, my first not-puppy love, my first true love. I can even say that he was my first in everything, but honestly, HE’S NOT. He’s just my first REAL heartbreak.

I broke up with him thinking that it would be better for the both of us to grow apart. And it did, for me. I grew, my connections became larger, my world became bigger. I’ve met a lot of people that helped me boost my confidence, and opportunities opened up for me.

In the span of more than two years of being single I have engaged not just in making my career a fruitful one but also I have engaged in a fuck buddy relationship. And I can say that I have become quite an expert. I have learned to make my heart as hard as a diamond. And for quite some time I am happy and contented with it.

Then, someone came. He came.

“Why f*ck when you’re not mine? I love you and I want you to be mine.”

Every man’s line. I don’t quite believe in the fact that he loves me. I told him that he doesn’t need to make false promises and sweet words to have me in his bed – because as I have said I have engaged in a fuck buddy relationship and I am happy with it – but he insisted. Since he was quite great, I said “if it’s relationship you want, let’s have it.”

After a couple of weeks, I realize that I get mad at him easily and he keeps on asking me why do I always get mad at him and why do I always try to have a fight with him. Honestly, I don’t know. I just want to get rid of him, not that I don’t like him, but because it was hard for me to be in a serious relationship, AGAIN.

It was harder for me to handle the pressure, the obligatory texts where you are and who you’re with, those I can’t sleep thinking about you, and the WE, we love this, we hate this, we should eat here and not there.

It’s good having someone to look for you, someone to hold you, to care for you, and to love you but it’s even better to be free. You can do whatever you want and can go wherever you want. No arguments, no hassles, no hang-ups. Just you and your freedom.

Being in a relationship again is hard because of the do’s and don’ts, the we’s, and the never ending dog & cat fights because we have already experience the freedom, the fun, and being INDEPENDENT.

Being in our twenties, we, as young adults must experience life to the fullest and not settle because society had told you that being in your twenties you must find love. Love had so many definitions. You can love your friends, family, and even pets. Don’t rush into that one-night-stand-I-thought-it-was-love-love.

Don’t confuse yourself. Don’t rush things. Because if a serious relationship came, you will know if it’s time and he will be the most understanding guy that you will ever meet until being in a relationship is as easy-as-pie.