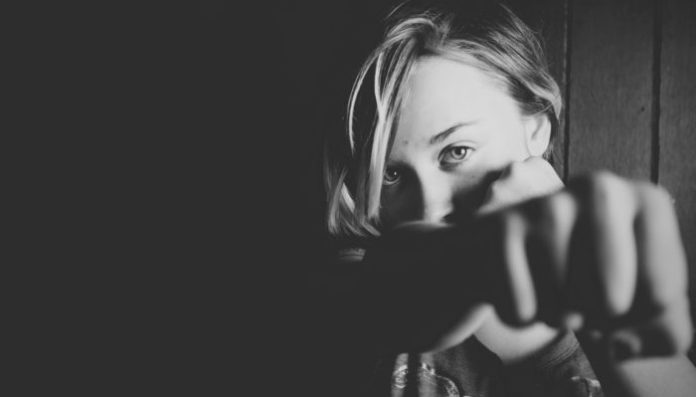 I recently started doing martial arts and I really enjoy it. But my friend says that it won’t do anything for me if I get attacked and that it might even make things worse! Is he right? Should I stop?

Let’s be very clear here. What your “friend” is telling you is that, if you were to get raped, trying to defend yourself is pointless. He is telling you that fighting back will only make things worse for you. Therefore, there is no point in even trying.

Allow me to set aside the actual fighting for a moment. Let’s talk about the life skills that martial arts can teach you.

There are three ways humans respond to a sudden threat: fight, flight, or freeze. Freeze is by far the least effective. Which is why a good martial arts class will teach you to act first and think later when faced with a threat. Flight is best because it gets you far away from the attacker without any blows being exchanged. Most instructors worth their salt will drill into your head that the best fight is the one that doesn’t happen. Often, a martial arts class helps build up your confidence to talk your way out of a tense situation. It also helps you tune into your own instincts to recognize threats sooner rather than later.

That aside (and that’s a lot to set aside), martial arts clubs instill a sense of teamwork in students. It means that you are more aware of your surroundings, and you are attuned to your friends’ surroundings as well. So, if you see something fishy going on, you are more likely to intervene before it’s too late. Martial arts classes teach you to trust your gut and act smart.

Listen, I’m not going to sit here and pretend that learning to fight is some kind of panacea against sexual violence. The way to stop rape is to believe victims, take accusations seriously, conduct appropriate investigations, and deliver real consequences to perps. The way to stop rape is stopping comments like: “She was asking for it” and “All men want is sex, why is he complaining?” from our vocabulary, and take real steps towards making our mutual spaces safer.

Your friend may have had the best of intentions, but there is something ugly lurking under the surface of his statements.

He sees you enjoying a sport and your confidence growing as a direct result, and he has taken it upon himself to cut you down to size. I doubt he thinks you will go off and put yourself into vulnerable situations because you mastered a roundhouse kick, so why would he be putting forth the effort to discourage you?

I’m not saying he’s an asshole… it’s just that he’s doing a very fine job of acting like one.

My concrete advice, Sally, is to keep doing what brings you joy and makes you feel safer.

My less concrete advice is to take what this friend says with a big helping of salt… and hang out more with other friends.