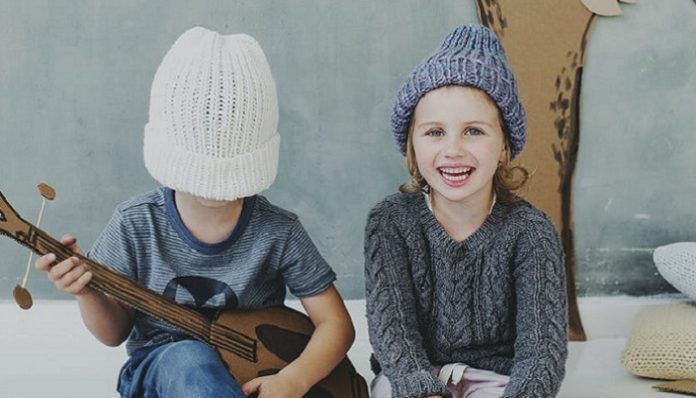 When I was a kid, my older brother accidentally pushed me down the stairs.

I know…sounds fishy, doesn’t it? But to be fair, it was actually a mistake. I tumbled down the stairs backwards, landing on the floor in complete shock. I wasn’t even sure if I should cry – was I broken? My brother immediately appeared, staring down at me with a wide eyed pleading look. “I’m sorry don’t cry please don’t tell mom.”

And with anyone else, I would have. I would have burst into a screaming fit, stamping my offender as the criminal and dooming them to a time-out without dessert. But this was my big brother, so that thought just never even crossed my mind. Of course, my mom heard the loud thumping and assumed we were breaking something or causing trouble, so we were both sent to our rooms.

So I was sitting in timeout with a big bruise on my head, body feeling like a rag-doll, and yet I felt bad because my brother was in trouble. Some of you may be wrinkling your noses with a “huh”, but ask any little sister and she’ll repeat a similar story.

Because when you have an older brother you grow up a little differently. As the years go on, you don’t realize that his actions have an impact on you. Even during childhood playing freeze tag or hustling to keep up with him on the walk home from school, neither of you knew that he was actually helping shape you into your future self.

So what does “I have an older brother” really mean?

1. You don’t take bullsh*t. Chances are, at one point or another your brother got a little too rough with the noogies and Indian burns. He never meant to hurt you, but sometimes a harmless game of tag easily became a boxing match. Oh man, “punch buggy no punch backs” turned into “punch for every car that drives by.” Today, you’re not afraid of a challenge, and you’re not one to be pushed around. If someone pushes you around, you’ll push right back.

2. You’ve got the loyalty of a pit bull. When you were little your brother was always right – he could do no wrong. You’d follow him across a bridge made out of toothpicks if he said it was safe. So you grew to understand the importance of being loyal to a friend or family member. You’ll stick by a person, a team, a school – no matter what.

3. You can probably list off all the Marvel superheroes. How many superhero movies did you have to sit through all those years? When Barbies became boring you probably picked up a few of those action figures with the funny costumes.

4. 60 percent of your wardrobe consists of his t-shirts. All of those baggy clothes  you wear around aren’t from a boyfriend- nope. You have the knack for swiping clothes from your brother’s closet, not even caring if those sweatpants drag on the ground. So in a way, he’s helped shape your fashion style!

5. Sass is your middle name. Arguments are bound to happen with an older brother, so over the years you’ve built up her repertoire of witty comebacks and remarks as a defense mechanism. Don’t mess.

6. You’ve got a strong stomach. The honest truth is that boys can be gross sometimes without really knowing it. You’ve seen it all- smashed up bugs to big gashes from messing around with his friends. And don’t even get her started on the food you’ve seen him down.

7. You’re a good listener. From a crazy party story involving a dozen shots and an alpaca, to genuine advice when you needed it most, your brother is always talking. You’ve realized that sometimes it’s best to listen and learn, so you’ll always be down to listen, even when you really want to speak.

8. You can be hard on yourself. You’ve seen all the great things your big brother has done, all the accomplishments he has under his belt – trophies practically stacked on the dining room table. So when you don’t feel like you’re living up to the high expectations of your brother, you are easily disappointed. You’ve got big shoes to fill and know it.

9. You can burp, and do – LOUDLY. No explanation required.

10. Secrets are safe with you. You’ve caught him smuggling cookies, breaking vases, and sneaking out through the back door late at night. Over the years “Don’t tell mom!” became a silent glance of agreement that secrets would remain just that. You keep things classified, so people tend to spill to you more often than not.

11. You’re cautious about boyfriends. From your 7th grade crush to a serious boyfriend, your brother’s always been the final judgement with guys. Therefore you’re a little hesitant on committing to just anyone. Through all the ridiculing and teasing, you know better than to bring home some loser who your brother definitely won’t approve of.

No matter what the situation is, the person who is affected most by an older brother is the little sister herself. Growing up with a big bro is like having an extra parent – a cool one who doesn’t care if you eat ice cream for breakfast, comes up with all those cool new scooter tricks, and helps you get into and out of all kinds of trouble. He helped shape who you are – whether you know it or not.

All those times he questioned, “Why are you copying me?” it was because he was your idol. In school when someone asked you what you wanted to be, you replied his name.