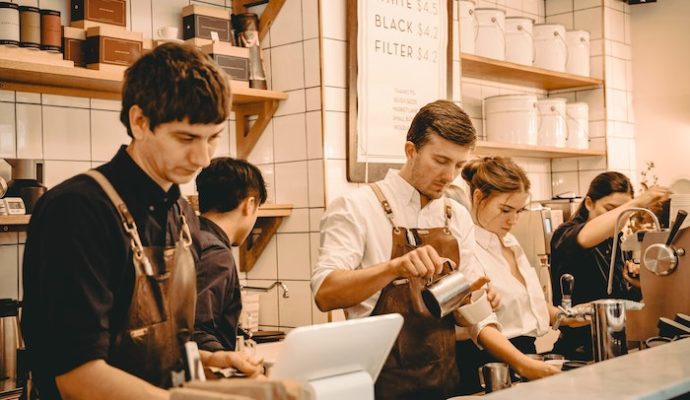 I’ve been in the customer service industry for 5 years now. Since then, I’ve encountered many ups and downs. Though I could spend hours writing about my not-so-great days on the job, I’d rather share with you the good things that have happened instead. They are the ones we have forgotten about these days — the moments of pure innocence and kindness, the times when you realize that the world is not so bad after all.

Here are some of the most inspiring moments I will never forget while working a job in customer service.

I worked as a cashier for a grocery store. We were in the middle of raising funds for a hospital that specialized in caring for sick children. A woman was next in line to be cashed out, and before I could tell her what the total was, I asked her if she was interested in donating a dollar to the charity. She said, “Yes, of course.” And after she added $5.00 more to her donation as well. As generous as her added funds were, it was what she said after while putting the grocery items in her bags. She said, “They saved my son’s life, I’d give anything to that charity.” And that was when I could barely fight back my tears behind the cash register.

I came across an elderly couple who looked like they just came back from tennis practice. These two had more energy than I did on a Tuesday morning. They asked me how I was, and I told them that I was not really in the best mood as I had just made a mistake on a previous customer’s bill. They told me not to worry too much about it as we all only live once. I smiled and asked them how long they have been together. They said 54 years with the biggest grin on their faces. You would swear from the sparkle in their eyes that they were still crazy about each other. As they were leaving, I told myself a little prayer that I will also have what they have one day.

3. The Most Generous Assistant Manager Ever

While I worked as a barista for a coffee shop in a grocery store. I met a middle-aged woman whom I was truthfully intimidated by. She was stern, rarely smiled, and only ever engaged in small talk. One night, as I was closing the café, I noticed she passed by me with 2 bags full of leftover bread from the day. As my eyes followed her walking direction, the entrance doors opened, and a homeless man was waiting for her. She handed him the bags of bread, called him by his name — like she did this regularly. Then she smiled back at him and went on her way. I could barely judge a book by its cover after that.

I met an older British woman named Estelle when I worked as a sales associate for a novelty store. She was inviting, kind, and so caring you would think she was your own grandmother. I met her at a time when my anxiety almost got the best of me. My manager had gone to the bathroom and I was left to take care of the store. 5 minutes go by and suddenly large groups of people are inside the store interested in possibly making a purchase. My anxiety rose as I was still alone, so my hands began to shake uncontrollably.

Estelle came into the store and approached me about a product. She noticed me trying to hide the fact my hands were shaking. She immediately held out her hand to mine and said, “It’s alright, you’re going to be alright, just breathe, love.” Estelle became the best regular after that.

As we have all been going through a crisis these past several months, and customer service is no different. One thing remains true: The world has more light than darkness. People may have a dark side, and it may seem more evident than ever before. But it is in noble moments like these that can turn it all around.

Photo by Camille Chen on Unsplash

The Reality Of Being A Hopeless Romantic In A Loveless Generation

Why I Decided To Reparent Myself In My 20s