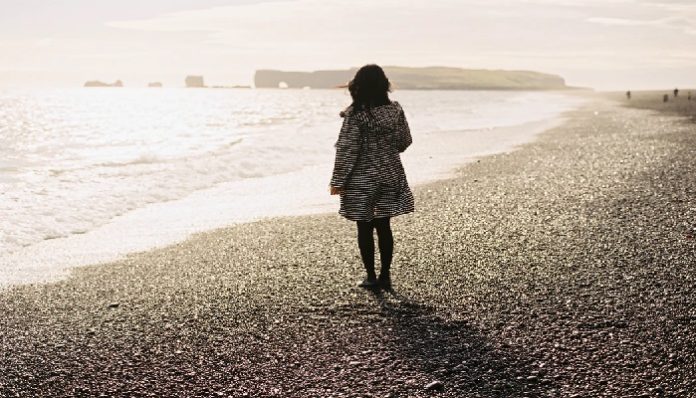 As I counted down to 2016 among my family and friends this New Year’s Eve, a hard knot of dread tightened in the pit of my stomach – and it gets a little bigger, stronger and scarier every day after.

Each morning, I wake up dreading the coming of February 16, knowing it will celebrate the 10-year anniversary of my father’s death. Each night, I go to sleep knowing that I was a little quieter, angrier and sadder that day, letting this anxiety eat me up inside.

I’m a different person completely, a person my father didn’t get to know. The worst part comes at night, as I lie in my bed and wonder if this person is someone my father would be proud of.

Taking this week to simply take a step back and evaluate all that has happened since 2006, I’ve found a lot to really celebrate – a lot I’d love to share with my dad if I could. To name a few:

When my father first died, and I became entrenched in my sadness, I thought my life would always look that way. But the calendar shows it’s been ten years. I have survived the worst of it – and better yet, I’ve thrived. I graduated college, found a job and have all the earmarks of a functional adult life.

The number of people who texted me this week to show their support demonstrates how lucky I am to have such thoughtful friends. Going through something so traumatic is a rare experience for a middle schooler, much less for all of my friends. I’m grateful that they’ve stuck around these past ten years and that they know how to best care for me these days.

There’s nothing worse than when someone asks, “So, are your parents divorced or something?” while expecting a commonplace answer. It’s the worst part of any day, knowing that now they will feel guilty and awkward, not know what to say and offer something like, “I’m so sorry for your loss.” It’s a reminder that I have baggage, that I’m damaged goods. People feel the need to tiptoe around my feelings and certain subjects.

As an only child, it quickly became just my mom and me. An incredible closeness and reliance comes from knowing that you two are the only people in your family anymore. My mother is a rock star, an incredible example of hard work and the kindest person to ever be born. Seeing her strength through all of this grief has only made those qualities shine brighter.

I’m a social worker, catering to recent immigrant families in central Texas. Every day is a whirlwind of multilingual children, finding jobs and housing, and problem-solving. Though I never got the chance to ask him about his position on undocumented migrants, I know it’s work that my father would support. Each time I sit and listen to one of my client’s days, I feel a connection to my dad.

It’s corny, but I’m in a really awesome, healthy, and stable relationship with my partner. Every day I am grateful for that, but I also have to wonder: would my father like you? Would he think we’re good together? In my heart, I know the answers to those questions. But it’s one of the biggest parts of my life – and one where I miss my father’s input.

Before you know grief up close and personal, you think it’s temporary; yet, I grieve every time I talk to an old relative, watch golf on TV or see a father take his daughter down the aisle. It’s a normal emotional I feel now, bubbling to the surface long enough to remind me that I was hurt in a big way.

I had to grow up fast after he died, trying to hide any and all emotion and be strong for those around me. Ten years later, I am learning to relax, to take myself less seriously. I don’t need to take on everyone’s problems, especially since my mother and I are at good places in our lives.

I am pretty okay now, grieving in a healthy way and making it a part of my life. But that is a fairly small percentage of the last ten messy years of my life. There have been so many times that I’ve had to lean on others – for anything from emotional support to help moving heavy things – that I’ve had to learn how to swallow a lot of pride. Most people are awesome and genuinely want to help the ones they love, and it’s okay to accept that when you need it.

The anniversary of my father’s death came and went, and most of my dread is over. No lightning struck, no disasters happened. I simply spent the day in a sad-but-joyful celebration of some of his favorite things and reflecting on the past decade. Though I’m sad that I have done and learned so much without him by my side, it is what it is. I have a lot to be proud of and thankful for, and I would rather celebrate those joys than wasting away in my grief.

The Reality Of Getting Over Someone You Never Officially Dated