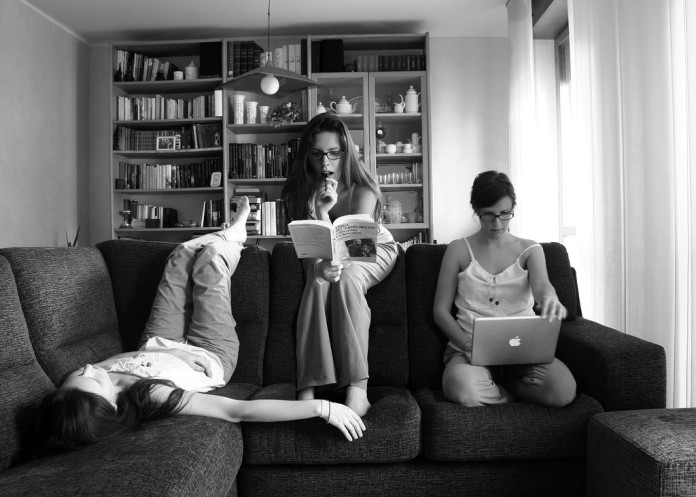 Freshman and sophomore year of college; most people are bright-eyed and ready to really do college the way they’ve seen it done in movies, and heard about it through older siblings and friends. They want to make the most of every opportunity…or rather, every party, and really embrace the change of pace on the social front.

For the first time, the world really does feel like yours, and you have the chance to make your own decisions based 100% off of what you want. Towards the end your college career, the novelty it all starts to wear off. You’re over the frat party scene, (was anyone ever really into that?), and would much rather spend time talking, dancing, and perhaps sipping drinks with a few close friends.

Sometimes, you just need to go out and blow off some steam with your girlfriends at the end of a long week. Maybe you had a series of tough exams, loads of homework, or a slew of meetings and obligations. When the misery finally hits, come the weekend, you know it’s time to fancy yourself up and go out on the town, no explanation needed.

But what about those times when you just want to cuddle up and stay in? It’s okay to want to watch a movie, paint your nails, have some quality “girl talk,” and maybe even hit the sack early – we’ve all been there, especially when it’s consistently frigid outside. Sure, sometimes you feel like a total loser when you’re the only one who doesn’t want to put on a mini skirt and head into the arctic tundra, but there’s no need to feel like you have to justify your decision to do your own thing. Besides, there are quite a few ways that your life actually gets better when you don’t feel the pressure to go out seven nights a week…or even hit the “big three,” (Friday and Saturday and one weekday).

There’s a fine line between wanting to make the most of your last years of college and feeling the pull toward growing up a bit. Everyone has those nights, everyone has been that girl. When you find yourself consistently making decisions that you regret and feeling like an eternal freshman, maybe it’s time to consider some of the benefits of staying in every once and a while.

For starters, you get more sleep. Maybe that’s a total old lady thing to say, but it’s true! Who doesn’t love sleep?! When you’re well-rested, you feel all-around happier, plus, you’re more productive and prepared to tackle your to-do list. A night in doesn’t have to mean doing homework and heading to bed.

Usually it means taking time to do nothing, to relax, and slow down at the end of the week. Never fear though, not going out doesn’t, by any means, dictate that you can’t hit brunch with the girls the next morning. It simply means you can actually enjoy the sunshine of a new day while everyone else is hiding behind their Ray Bans! And because you save money by avoiding those bar tabs, you have more money to spend on coffee and food the next morning. Total win.

If you can get a few of your best gals to get on your bandwagon, you can embrace all of the “girls night in.” stereotypes to the fullest, – painting nails, watching rom-coms, and eating as much junk food as you want. That being said, not going out usually, (not always, clearly), means less temptation to fall into the late night eating trap. “Domino’s pizza man, is that you, calling at 2 am? Not tonight!” In turn this means, less bloating and the overall BLAH feelings that usually follow a night out.

I’m not saying we need to make a collective effort to protest going out completely, I’m just saying that staying in tends to be underrated and under-appreciated. The benefits are many and the regrets are few. So next time those sweatpants and that couch is calling your name, maybe you should give them a chance at convincing you that you can stay in in college and not be a total old lady. 😉