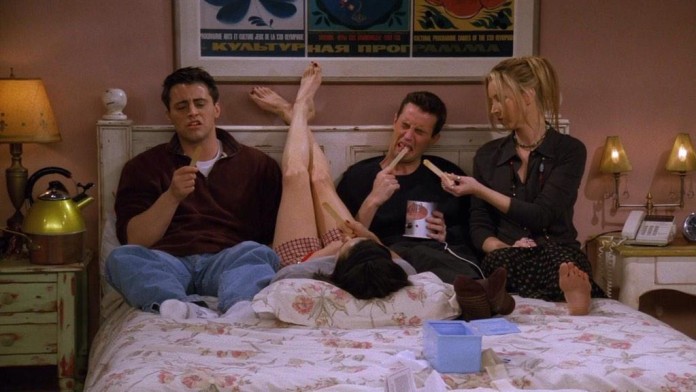 Boys can hold your hand, kiss you under the stars, and make you weak in the knees, but that’s not all they’re good for. Sure, boyfriends are always great – but there’s something special about a guy best friend. I am one of a few girls out there that has had a boy as a best friend since puberty. Together we’ve gone through our awkward stages, the acne and braces stages, that-weird-time-we-thought-we-should-date-each-other stage, and now we’re moving forward into young adulthood. Now, I’ve had plenty of girl friends in my lifetime, but the experience of having a guy as my best friend has always been the most hilarious and positive one and here’s five reasons why:

1. Boys don’t fight the way girls do.  The one thing I’ve learned about having a guy as a best friend is that my passive aggressive remarks aren’t going to work when I’m mad at him. Either he won’t understand what I’m talking about, or he’ll call me out on whatever I’m pissed about. However, once you resolve a fight with a boy best friend, it’s over with. No long held grudges or bringing it up ten years later, you’ll hardly remember it happened.

2. Sometimes they give you awesome relationship advice. Having a guy as a best friend gives you a whole other look on your relationships and your problems. He’s not going to say, “He hasn’t texted you back in three hours? Break up with him.” Like your girlfriends may insist, however he’ll tell you exactly what your boyfriend would say, “He’s busy, he still likes you, just give the guy some space!” Having a guy’s perspective that you can trust in hard times can make you see something in a very different light.

3. Sometimes you give awesome relationship advice. Women often revel in being right, and to your guy best friend you are the holy grail as to what goes on in women’s minds every day. No, we aren’t thinking about sex. And yes, you’re an idiot for telling her that her friend is hot. These may be simple answers to us, but to boys, they’ve never comprehended them before. Not only do you seem super savvy and awesome, but you will always be behind the scenes helping out his girlfriends when there’s trouble in paradise.

4. You can be vulgar and disgusting and it’s considered hilarious. One of the problems of having a guy best friend, is being around all his other friends. However, if you can take being made fun of, which will happen, it can actually be a lot of fun. Dirty jokes, swearing, burping, rating different people on whether you’d sleep with them, and doing stupid activities are all a part of boy world that you get to endure. This is the time to let go of all the of girlhood and become one of the guys.

5. They’re blunt. He’ll be honest if he thinks your boobs are small, if you eat like a dude, and if you look fat in a dress. But they’ll also tell you when you look beautiful, how you deserve to be treated, and when the guy of your dreams is actually an asshole.

There are many other reasons why having a guy for a best friend is awesome, but you should really just go find out for yourself. It’s never too late to start a friendship, and this experience is definitely a positive one. I know my guy best friend is probably reading this whole article and rolling his eyes about how mushy it is, but he’s supporting me and reading it anyways – and that’s all that matters.

Photo via screen grab from Friends.

Why We Need To Teach Kids More About Disabilities