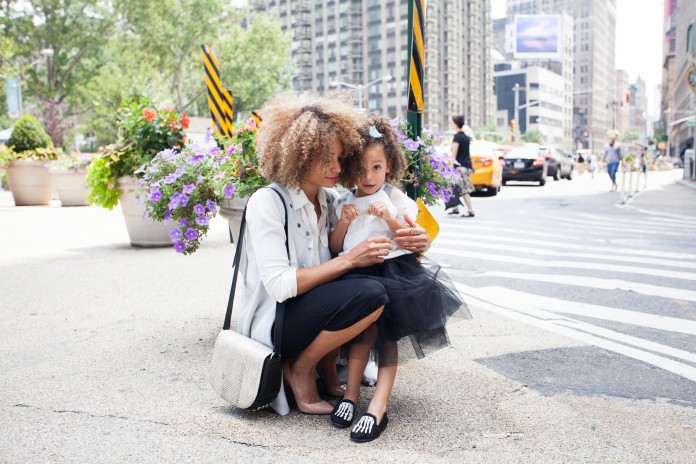 Often times, our mom’s nurturing touch is a major piece of what shapes us into who we are. In a world where women are becoming more empowered and more independent, I watched my own mother demonstrate these qualities with her own sense of independence and strength through both minor and major life changes.

This is what I’ve learned from being raised by one of those strong and independent mamas out there:

One of the best pieces of advice my mom ever gave me was after the first boy hurt me. We were sitting on my bed as I wept tears of rejection and she told me “Tomorrow at school, Bec, you just have to act like it doesn’t even bother you, like you have better things to be worrying about.” Even though the exact opposite was true and even at 13, I felt devastated, I did it and sure enough, it worked. That same boy came back a few weeks later with curiosity in the air about why I seemed so nonchalant, proving that the best revenge ultimately lies in you being happy. Everyone will wonder how you keep that smile on your damn face and you can thank your momma.

I have never had a fight with my mom that has lasted more than a day and that is because open communication and being vulnerable is something we actively practice in our home. Managing your emotions lies in sharing your real and raw emotions with others, and this I learned can make you stronger. No one likes to open up, admit they’re wrong, or show weakness, but sometimes this vulnerability can create the best of results. Emotional intelligence is something a strong woman possesses, and yes, this means knowing when to exercise your soft side.

Having your own opinions and ideals of right and wrong is a GOOD thing, but enforcing them unto others isn’t always the best way to get things done. Having determination during an argument and being able to articulate your opinion is an important skill. Although, only a strong woman can do those things and also leave the battles that don’t matter behind, and passionately stand behind the battles that do. My mom taught me that some battles are simply not worth it and fighting them only creates more harm than good.

For these situations, you should step back and let people have their way, despite how wrong you think they are. As hard as it may be, be the bigger person and you will be happier because of it. Save your kick ass women energy for the ones that matter.

I don’t think I’ve ever been in an airport, a restaurant, a bar, or otherwise where my mom hasn’t stopped to talk to a stranger. And no, I don’t mean a friendly hello, I mean a good ol’ chat about their holiday plans, the meaning of travel, how they should get a drink later and the spices of life. She doesn’t hesitate to make friends out of strangers and growing up with this influence has made me the same way. Because my mom taught me how to have the confidence to approach interesting strangers, I now have friends from all over the world. And yes, these unique and fabulous people contribute everyday to my overall strength, both socially and emotionally.

This is a motto I live by and one that I believe was developed from being raised by a mother who does just this. Don’t let money, work, or where you seem to be “stuck” stop you ever from making a change that makes you HAPPY. Whether this is a change of a regular routine, a move across the country or leaving your job to travel, my mom continuously amazes me in how she pursues opportunities and experiences to find happiness, to create a higher quality of life. A strong woman knows what she wants and goes after it, and I’m thankful to have my number one role model show me this first hand.

Some women are MAKING the changes in our society, not following the changes. Being raised by a mom who I consider to be one of these women has shaped me into who I am today. It isn’t easy to strike the balance between being nurturing and a strong, independent woman all at once. But my mom did it and for that I will forever be grateful.