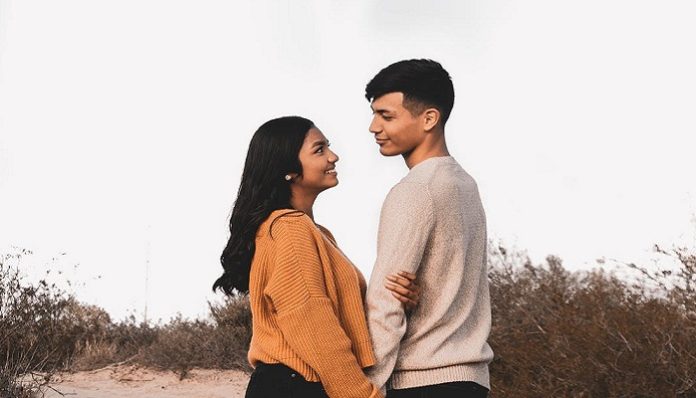 In a healthy relationship, communication and honesty are two values that come before all others. However, there are a number of things girlfriends would never tell their boyfriends, like “this is my fifth diet coke today,” and “that guy at the gym was SO hot.”

I did an anonymous poll to figure out what boyfriends felt they could never tell their girls, and there were some troll answers such as “I’m gay.” The plausible responses were also the generic ones:

1. “The guys and I were talking about how smoking hot your roommate is.”

Men, or smart men that is, know that comparing their woman to another will never get them anywhere but kicked out. Pointing out that the waitress has a fantastic butt or that your friends are hot topped the list of responses in the anonymous survey for this article. While this might be an obvious no-no, some guys definitely don’t follow this unspoken courtesy. At the end of the day, a relationship should be based on mutual respect, which includes not complimenting on the attractiveness of other people and focusing on each other.

How we would react: Stalk said girl’s Facebook page and attempt to convince myself that I’m totally better looking than her. Don’t compare me to my friends. I know they’re all beautiful, smart, wonderful ladies, but I would rather you focused on me, the one you’re dating.

One responder noted that when arguing over something, he tended to eventually throw in the towel even though he felt that he was actually correct. I think this notion is popular with both genders – I’ve definitely agreed with my boyfriend in order to smooth things over (while I’ve stood strong on things that are important to me).

How we would react: Eh, you’re probably still wrong. But, whatever. I don’t like arguing either. Hold your ground on opinions that seriously matter to you, but respect mine too. I would rather date a boy that is serious in his convictions and who is willing to argue with me over certain matters.

3. “Remember that time when you asked me if I thought you gained weight? Well, I was lying-because you did.”

Ahhh. The ultimate fear. I’m glad boyfriends feel like they shouldn’t say this, because odds are the girl already knows. Considering that female bodies are constantly scrutinized on the media, it’s unfortunately something we all think about all the time.

How we would react: Ok, yeah I know I just look to you for reassurance about my self image. I know I gained weight. The body-con dress that once fit me like a glove now fits me like..a too-tight-latex-glove. Winter weight gain during the holiday season is annoying for every girl, and no boy should comment. If she’s gained more weight than that and it’s truly a growing problem, a boyfriend’s intervention is probably merited.

4. “Are you really wearing that out tonight?”

While this might be helpful to know, most men do not feel comfortable critiquing the outfits of women. Fear of hurting feelings is justified, plus they probably realize that picking that fight just isn’t worth it. It’s probably best to ignore it, unless it’s a habitual sort of thing. However, guys should know that girls love compliments and take them to heart. If your girlfriend has a particular shirt, dress, or outfit she looks good in, tell her!

How we would react: Alright, you don’t like my dress. I don’t like your stupid Air Maxes, but I know you like them, so I keep my mouth shut. Let me down easy and do it kindly and suggest another outfit idea.

The responses to the survey were expected, logical and rooted in respect. The fact that these answers reflect boyfriend’s regard for their girlfriend’s feelings and overall well-being is comforting. It was interesting and a little bit sad that the majority of the responses were focused on bodily image and attractiveness. However, these four logical responses are definitely important for a healthy relationship, and for double-checking that your guy is smart.

5 Steps For Planning Your First Camping Trip With Friends

5 Steps For Making The Most Heartwarming Christmas eCards