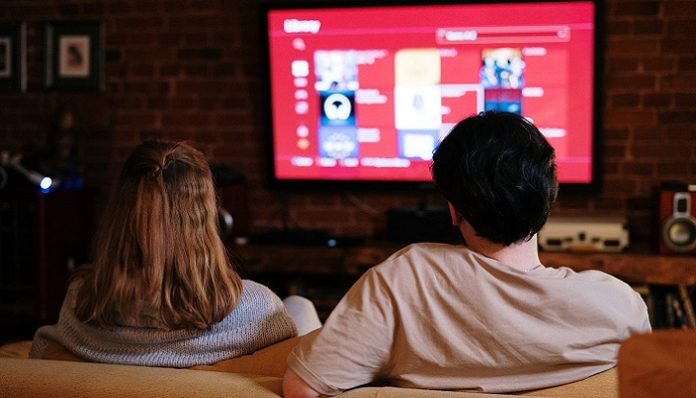 On a typical Saturday night around 9:00, “Shake it Off” is blaring from the room across the hall as your hall mates laugh, apply mascara and get ready for a girl’s night out. You, however, find yourself again glued to your bed on your twelfth episode of House of Cards with a plate of pizza rolls by your side.

That’s when you really need to think to yourself: why are you staying in? Is it because you need to spend this time getting your homework done, or you’re not particularly fond of the people across the hall? Or is it because you’re too addicted to the show you’re watching on Netflix that you can’t bring yourself to get up, shower and socialize?

If your answer is the latter, you’re a victim of the Netflix binging culture. In a 2013 study, it was found that 61% of Netflix users binge watch shows at least every few weeks.

And that’s exactly why I don’t like Netflix. I’ll watch it from time to time for a high-resolution movie or to re-watch a favorite episode of The Walking Dead, but there’s something a lot less intriguing about sitting alone in a dorm room on a laptop, wasting hour after hour on a TV show that isn’t really benefitting you at all. I don’t know about you, but I’d rather spend my free time shopping with my friends, taking a new class at the rec center, or checking out the nearby hiking spots.

It’s not that watching TV shows or movies isn’t fun for me, but there are more exciting activities to participate in in the amount of time that you’d binge-watch a season of Gossip Girl—especially on a college campus.

And if you really can’t escape the screens, consider cable TV. What’s great about cable TV is that you typically watch it a big TV mounted to the wall with your friends and family. Sure, you can plug in your laptop and watch Netflix in a group setting too, but with a cable TV show, you can’t fast forward to next week’s episode and you can’t Google what happens at the end of the season. It’s an interactive experience, and I think that’s the most inviting thing about cable.

I can’t begin to count the number of times that I’ve scrolled to a timeline tweet about how many seasons of Netflix a person has watched, or how many times I’ve heard a classmate groan about how they just want to crawl into their bed, x-out of their homework and open up their beloved Netflix screen. But to those people, I’d say limit yourself to an episode or two and move on to something more interactive and productive with your life.

When someday you’re telling your grandchildren about your 20s, you’ll be more likely to look back on the spur-of-the-moment basketball tournament you went to rather than your usually-lazy Sunday Netflix binge. Cut down on Netflix, and you’ll find you’re gaining a lot more out of your life.