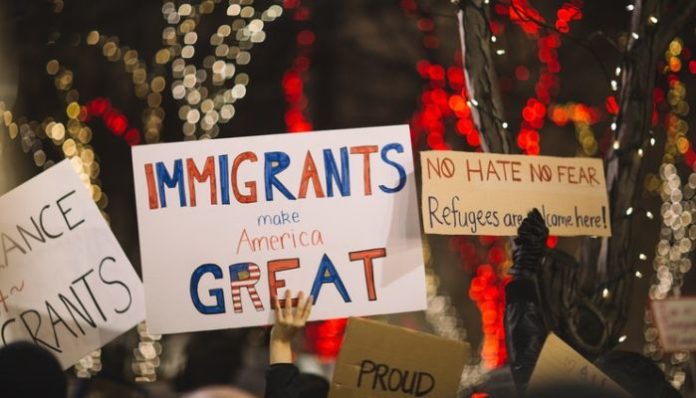 Every day we are inspired by women who are fierce and changing the world around them for the better. And Latinas are no exceptions. There are thousands of Latina women working to make their communities, homes and the world a safer for everyone.

Do you need some inspirational girl bosses and brave women to follow on social media? Here are five fierce latina women who are worth following on social media.

Cristina Jimenez is a voice, doer, and inspiration both on and off social media. Cristina is the voice of many dreamers in this country who don’t speak up with the fear of losing the one place they call home. Cristina is the executive director, and co-founder of United We Dream, an organization created and run by the youth to protect and defend immigrants rights. Cristina uses social media as a way to connect and share information across the nation. She even made it on Times Magazine Most Influential People of 2018.

Janel Martinez is working to help afro-latinas women not be underrepresented by media. Janel is a multimedia journalist Honduran American from New York. She created “Ain’t I Latina” online blog as an area where Afro-Latinas can celebrate their diversity by providing career advice, lifestyle coverage, and interviews. She’s bringing women together and embracing themselves.

Jennicet Gutierrez is a transgender and immigrant activist. She is a founding member of La Familia: Trans Queer Liberation Movement (TQLM) advocates and educates other of the issues occurring in the LGBTQ communities and Latino communities. Jennicet has been involved is being the voice and organizer engaged in teaching people about the problems that Latino LGBTQ faces.

Emma Gonzalez is a survivor and an activist. Emma is a gun control advocate and has gotten national attention after her “This is BS” during the rally against gun violence. She with her classmates are working to get gun control laws to stop incidents like Stoneman Douglas High School shooting in Parkland, Florida from occurring in the future. Her active voice on social media has sparked a conversion and hope.

Andrea Gonzalez-Ramirez is that one friend that says it how it is. Andrea is a journalist from Puerto Rico. She currently writes News/Politics at Refinery29. Andrea’s fearlessness has gotten her to speak and spark conversations about unpaid internships and #MeToo movement. She recently talked about why there is no #MeToo movement in Puerto Rico. Her unique and compelling voice on Twitter will sure keep you updated with current news and social issues.

One thing all these women have in common is their braveness and voice to speak to other individuals. They inspire people whether that be people of their community, same gender, same age or the entire nation. Fierce is just one word to explain all these exceptional ladies.