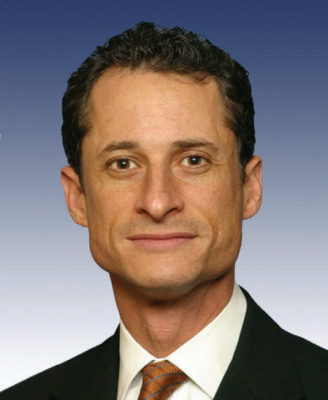 How’s it going?  We haven’t talked in quite awhile, mostly because I threatened to call the cops on you if you ever tried to contact me again. But ya know, I was thinking about you the other day, and I decided that when I mercilessly yelled at you for your actions, I didn’t exactly take the time to sit you down and explain why what you did was wrong.  We’re going to do that. Right now. Listen up and buckle your seat-belt, homeboy, because it’s about to be one rough, fucking ride.

I know this was awhile ago, so I’ll refresh your memory on the incident.  We met at school, we talked briefly in the coffee shop, and you asked for my number.  I thought you were cute and seemed nice, so I was totally onboard with this.  You texted me, we talked, and everything was all fine and good until you texted me an unsolicited shirtless pic out of NOWHERE, with the caption, “Your turn”.  And there, hon, was your first mistake.  Well, your first two mistakes, actually.  Sending an unsolicited shirtless mirror selfie is universal guy-speak for, “I’m a shallow insecure douchewaffle,” and asking a girl for an unsolicited nude pic is universal guy-speak for, “The only reason I’m talking to you is because I want to hook up.” Sorry.  Dealbreaker.

Ok fine, I know I didn’t exactly make the most mature decision–I straight-up stopped responding.  You texted me the next day, saying “Hey,” and again, it would’ve been nice of me to respond back and say I wasn’t interested.  But I didn’t, and you texted me the same thing the NEXT day, and the week after that, and mid-afternoon on Wednesday later that week, and then four days after that, and here was your Mistake #3: texting a girl when she is CLEARLY not interested.  Maybe I would’ve felt worse about this if you were actually interested in me emotionally, but hello, it’s pretty obvious that all you wanted to do was hook up.  Do you know about Tinder?  (Seriously though………can I introduce you to Tinder?  That could be a serious game-changer.)

Of course, this all pales in comparison to what you did on one Tuesday morning.  Do you remember that morning?  That was the morning when our pseudo-relationship took one hell of a mother-fucking dark turn. That was the morning when my opinion of you went from mildly guilty to utterly repulsed.  I’m talking, of course, about the morning that you sent me a completely unsolicited picture of your junk.  At 9:30.  On a Tuesday morning.

Let’s talk about that.

First of all, the fact that you were sending an unsolicited dick pic AT ALL is cause for concern.  You do realize that dick pics are the human equivalent of a cat giving you a dead baby bird as a “gift,” right?  If we haven’t asked, we don’t want to see them.  Dicks are not cute.  Get that through your head, right now.  Dicks are SO THOROUGHLY NOT CUTE.

So, it would’ve been weird for you to send it at any point during the day.  But….a MORNING dick pic?  Are you fucking KIDDING?  You really think that’s something I want to wake up to?  I mean, I’m really sorry if I confused you in the coffee shop when I mentioned that I like sausage for breakfast, but this is SO COMPLETELY NOT WHAT I HAD IN MIND.  Don’t make me handle an unsolicited dick pic on an empty stomach.  Seriously, give me time to have some coffee, some food, and fully wake up and prepare myself for the challenges that the day will bring before you go digitally shoving your balls in my face.

Besides, the fact that you’re sending a dick pic at all means one of two things, and I’m not sure which one is worse.  One possibility is that sending out pictures of your dick to random contacts in your phone is just part of your morning routine–you know, wake up, brush your teeth, send a few dick pics, make some coffee, and get on with it.  Maybe you get some kind of gleeful rush like Oprah on her, “My Favorite Things” episodes–“And YOU get a dick pic!  And YOU get a dick pic!  EVERYBODY GETS A DICK PIC!”  I really just have no fucking clue how your mind works at this point, I really don’t.

The other scenario is that you sent a picture of your dick to me, specifically me, at 9:30 on a Tuesday morning, after I had been ignoring your texts for 3 and a half weeks, because you thought something good would happen.  Like you thought that I would be sitting there going, ‘Oh man!  Look at that cock!  I don’t even care that you’re super creepy and shallow! I MUST HAVE YOU!’  Again, let me reiterate that I just have no fucking clue how your mind works.

I hope that, at this point, you’ve learned the error of your ways, my friend.  If you have any questions, comments, or concerns, feel free to talk to literally anybody else, because I still don’t want you contacting me ever again.  Best of luck to you in your future endeavors, and godspeed.

11 Reasons Every Man Should Date A Complicated Woman

Should You Or Should You Not Go Through Your Significant Other’s...

Do You Still Need A Degree To Be Successful?