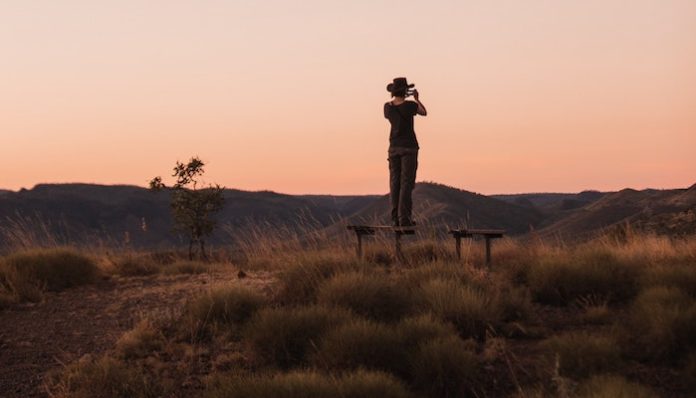 South Africa’s safari is wild as ever. If you watch the animals closely, however, as the guides who work there do, you’ll notice that most animal behaviors are similar to human behaviors. Watching these animals, you’ll learn that we are more similar to the animals in the African “bush” than we’d sometimes like to admit. The animal kingdom has a lot to teach us – check out these lessons we can learn from the animals we share our planet with.

Always look out for those you love. When herds of elephants cross a river, the baby elephants often hold onto their mothers’ tails with their trunks in order to not get separated. Sometimes sticking together and supporting the people you love takes some hand-holding; don’t let your loved ones get lost.

Don’t be afraid to stand out. Most animals in the bush are camouflage shades of grays, browns, and tans; and then there are the zebras, who are black and white and extraordinarily noticeable. Never just try to blend in – don’t be ashamed of who you are and what you have to offer the world.

You need to be your number one priority. There are some giant spiders (ahh!) that make webs between the trees and bushes, but on their webs there are almost always two spiders: one large female, and a much smaller male. They never share their food – the female gets the big meals, the male the small ones. Sometimes in life it is necessary to make sure you’re happy before you can worry about other people, because if you aren’t happy, there’s no way you can make someone else happy.

Never settle. One of the things you find most often on safari is that the male animals have to work to impress the females in order to mate with them – this happens with birds, impala, wildebeest, etc. When you’re looking for love, pick the person who suits you best and make sure they are willing to fight for you.

You have to stand by your friends. Rhinos, buffalo, and lions, if kicked out of their packs, stick together; and when one of them faces a challenge, they face them together – from hunting to grazing, they always have each others’ backs. When your friends go through moments of crisis, make sure you’re there for them – chances are when you’re in crisis, they’ll be there for you too.

Monogamy isn’t for everyone. 80% of birds are monogamous and mate for life, while leopards mate for a period of about five days and then go their separate ways. Sometimes it’s hard to remember that the choices you make aren’t the choices that are right for everyone else – for some people, finding a life partner is the ultimate goal, for others, playing      the field forever is the best way to live life – don’t judge other people’s decisions; you wouldn’t want them to judge yours.

Go after what you want. Outside my lodge, three lions killed a buffalo and the carcass sat there for days. For the most part, the lions guarded it, but on rare occasion, other brave animals would move in to eat; crocodiles, hyenas, and vultures all took their chances and ended up coming away with full bellies. Always go after what you want, even if it scares you; you could end up more successful than you ever imagined.

Assert yourself and fake it ‘til you make it. The cutest thing to happen to me since getting to South Africa occurred while on this trip: a few-month-old elephant tried to charge our vehicle. Sticking out his ears, raising his trunk, and shaking his head, this little munchkin ran about three steps toward our truck, trying to be fierce. While he wasn’t exactly successful in scaring us or running over our truck, if he keeps it up, in five years he’ll be much more impressive. Always remember that nobody knows what they’re doing when they start out – if you act with confidence, people will probably see you as confident.

The safari is full of life lessons for all of us; sometimes you just have to look to the natural world to find the answers you’ve been looking for. And the most important lesson to be learned from the bush? Expect the unexpected. Life is unpredictable, be prepared for anything.

Relax: 7 Reasons It’s OK To Not Have Your Sh*t Together...