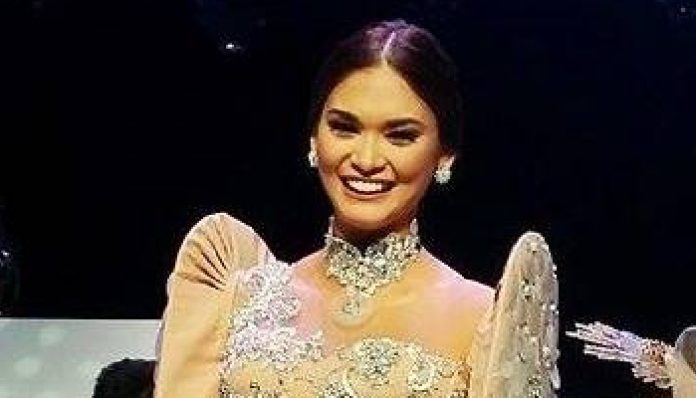 “The Miss Universe 2015 is…Philippines!” Steve Harvey announced after having mistakenly announced Miss Columbia as the winner prior. Ever since that incident, as a Philippines native, I have been obsessed with Pia. The event has been trending worldwide, and of course, for a sucker for such trending topics, I “stalked” Pia. I watched her interviews, and looked through her Instagram and Twitter. All of which revealed her intelligence, talent, poise, and kindness – of course, she has to have all those traits to be in the competition, at least I like to believe. Throughout my “research,” I have come up with 5 reasons why Ms. Pia Alonzo Wurtzbach is the perfect role model:

1. She doesn’t give up.
In an interview with Kelly and Michael, Pia admitted that she had failed twice before becoming Miss Philippines, and continued to pursue the title until she finally won the Miss Philippines competition in 2015. Pia is also deemed as a perfectionist. When she thinks that something is not perfect, she practices until she gets it right, like her catwalk.

2. She became the breadwinner of her family at an early age.
She started her acting and modeling career at the age of 11 when her parents divorced. She worked in Filipino tv shows and still continued with her education. In an interview, Pia stated, “I used the money that I earned from acting and modeling to help my mom and sister.” Now, who wouldn’t think that this woman is a great role model?! Helping her mother after a divorce at a young age is truly inspiring.

3. Pia is a chef.
Amongst all of Pia’s talents and careers, this is the one that caught me into her allure most. I mean, I love food and anyone who can cook me a great meal has my heart. Literally. And my question is how can you compete with someone who is an actor, a model, the winner of Miss Universe, a stylist, a journalist, and a certified chef?! She is everything.

4. Pia admits to being naïve about some Western traditions.
In an interview with Kelly and Michael, Pia told Michael that she was in New York for the New Year’s Eve Ball Drop and admits that she expected the ball to actually drop, but when it didn’t she was disappointed, and laughed off her naïvety. She just laughs off her mistakes and does not let it get to her.

5. She is incredibly proud to be a Filipina.
I know that this an important trait when you are in the Miss Universe competition, but the way she tells others about my country’s beauty and positive traits makes me proud to be a Filipino even more. And her Instagram posts often include some sort of way to incorporate the Filipino culture.

So, there it is, the five reasons why I find Miss Universe Pia Alonzo Wurtzbach the perfect role model. A woman – or a man – who is intelligent, hardworking, kind, and takes pride in their nationality, definitely defines what a role model is for me. If you can teach children how to be a good citizen through social media or a pageant, then it doesn’t matter who wins Miss Universe. You just need to know how to cook, and you’ll have people stalk you for days…