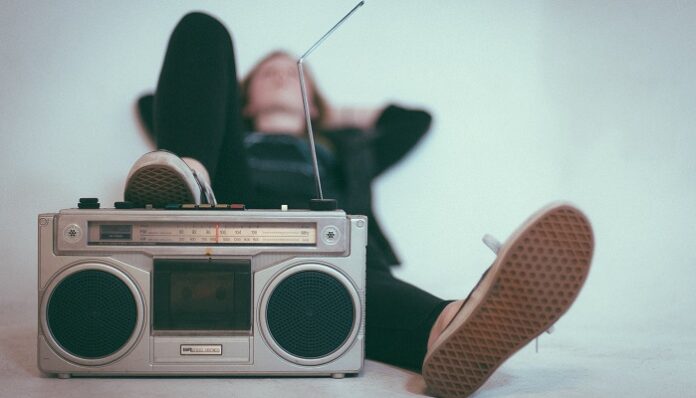 2022 was another great year for new songs. But smash hits like Taylor Swift’s “Anti-Hero” and Harry Styles’ “As It Was” are not the only songs deserving love that came out this year.

Tons of underrated artists release bops and bangers without the general public noticing. So I’m here to remedy that with some of my favorite lesser-known songs from 2022.

Here are 15 of the best 2022 songs that you need to add to your playlist ASAP.

I love songs that cover heavy subject matter that are also catchy and up-tempo. This song is a master class in that art.

This artist does not miss! The entire “Hot Mess” EP is gold, but this track is my favorite. Everything from the lyrics to the harmonies to the instrumentations is *chef’s kiss.* That high note at the end just gives it bonus points.

Brooke Alexx released a bunch of bops this year that are all severely underrated, but “All My Exes’ Moms” is special. There’s no other song in the pop music scene that covers this topic! Plus. it just begs you to sing and dance along.

4. “Waste My Time” by Citizen Queen

This acapella girl group deserves all the love. Each member sounds amazing as a soloist, so when you combine them, it’s perfection. Choosing just one song they released this year for this list was a struggle. So, please do yourself a favor and check them out!

I have already gushed about Tom Chaplin’s entire “Midpoint” album. If you want a gorgeous and peaceful exploration of aging, check it out. This song is my favorite from the album because of its jaw-droppingly beautiful lyrics.

Last year, pop duo Oh Wonder — who are a couple in real life — made an album (called “22 Break”) documenting their romantic relationship’s deterioration. However, the story has a happy ending, and this year they released an album (called “22 Make”) about their reconciliation and marriage.

This is one of my favorites from “22 Make” because it acknowledges that relationships can be a disastrous roller coaster ride while still 100% worth it.

7. “Oceans and Engines” by NIKI

This is a re-release of a song originally from NIKI’s YouTube channel from years ago. It shows why NIKI has become such a big artist today. Her song and lyric writing skills are some of the best in the pop and singer-songwriter landscapes today.

I need SVN to take over the world now. Yes, I am a strong, powerful woman!

Glen Hansard is the king of soul-wrenching acoustic music. And this was a beautiful tribute to Ukraine that takes time to spotlight Ukrainian vocalists.

This song won American Song Contest for a reason! What an absolute banger. I’ve had it on repeat for months and still am not sick of it. AleXa deserves to be the next big thing in K-pop.

This artist is by far the most underrated of the bunch. Two of my internet friends are part of this band, so I did not have any expectations when listening to the album. But I was floored! The entire “Awake” album is worth a listen. But the drama of “Easier” and the lead singer’s Bon Jovi-like vocals make this one of the standout moments from the album.

Aly & AJ are back and better than ever! Their new music has a retro indie pop sound that works so well for their voices. I can’t wait to see what they release in 2023!

Libianca’s vocal runs are absolutely to die for. This song is so soothing while having low-key heartbreaking lyrics.

4Town forever! I did not have Billie Eilish and Finneas writing an unironically amazing boy band song on my 2022 bingo card. But I’m so glad they did! Jordan Fisher’s vocals are fabulous on this song, making me swoon to 4Town along with Turning Red’s main characters.

I clearly have a soft spot for duos who are couples IRL. This song is just a cute and wholesome jam.

Which underrated songs were your favorites this year? Let us know in the comments!