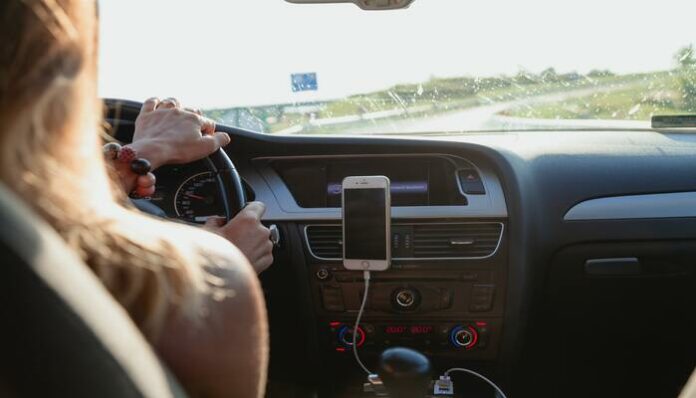 On November 26, 2021, my life changed. What seemed like a normal day after Thanksgiving turned into a day that genuinely affected my life forever.

I’m not sure if it’s the same for everyone, but for my family, the day after Thanksgiving is like another mini-Thanksgiving. The celebration isn’t over yet and is overall a fun day. I had work and my mom left the house with my brothers to go somewhere.

I remember being in my house and things kept happening, delaying me from going to work. The phone was ringing, the dogs were acting up, I dropped something, and then my mom called me again. And I remember her saying “be careful,” and I thought it was so weird of her to say that because we never really said it to each other on the phone before that. After all the delays, I grabbed my keys and got into my car flustered, but I remember thinking “Well, maybe I was delayed because it prevented something else from happening. Maybe it saved my life.” Now there is so much irony in this statement.

I remember getting on the highway and being in a really good mood. My music was great, I remember we had a fun activity planned at work. As I was driving, I saw a friend on the highway that I hadn’t seen in so long at the time, so that increased my mood even more.

I was on the phone with my best friend and I remember telling her how well my day was going, how I was so happy.

About 10 minutes later, I was about five minutes away from work, and I was sitting at a red light at an intersection. I was going to go straight. As the light turned green, I proceeded to go, and while I continued driving straight, a white pickup truck was coming towards me from the right.

I remember seeing the truck and wondering “What’s going on?” before they crashed into the passenger side of my car. This pushed me toward the left, sideswiping another car, who was heading in the opposite direction of where I had been driving. I didn’t even realize that I had hit this car until after the accident was over.

I don’t know how I did it, but I somehow managed to pull my car over to the shoulder as I stood there in disbelief of what just happened.

How could this happen to me? Why did it happen to me? I was in such a good mood, and  *poof* it was gone.  Along with my car that was now totaled.

As I got out of the car, I  remember standing in the dreary day, wishing for it to be over, wishing that it was a nightmare I could just wake up from. But it wasn’t.

I was grateful that I was OK, and that I only ended up with a nasty bruise on my arm, and one on my knee. But this accident caused so much trauma for me, and I still haven’t fully recovered from it.

I didn’t drive for the first four months following the accident. I wanted nothing to do with it. Whenever we’d make a turn or a car would jump out too fast, I would flinch. It didn’t matter who I was with — it happened every time I was in a car.

I’ve gotten better. I’m back on the road in a bigger car. I’m more aware of my surroundings and I take my time when I see cars around me that are pushing me. But I still haven’t fully recovered from this. I now get anxious when I have to drive to a place further away than what I’m used to and panic when people I care about have to drive. And I always make sure before someone gets into a car to say “drive carefully.”

Life is so short and unpredictable.

The morning of my accident, I was planning to have a fun day at work, and I ended my night in the emergency room.

If anything, I learned to enjoy life a little more, and to be more thankful that I have another day. We take so much for granted, and that can be taken away from us in a split second.

During this holiday season, be aware of your surroundings, and tell people you love them.

Be safe on the roads, everyone.

Why You Need To Stop Being OK With Settling