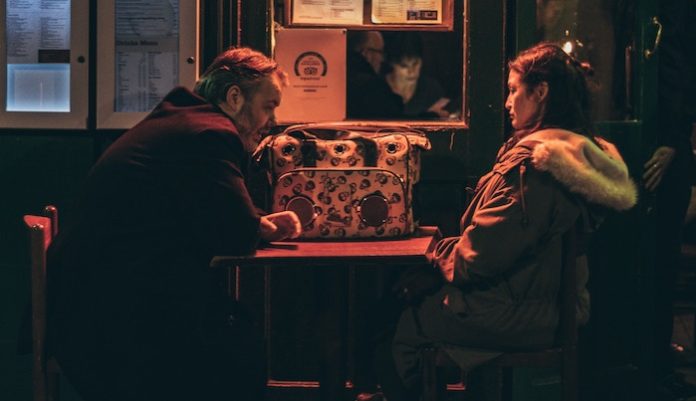 My boyfriend of 2 years cheated and left me for another woman. Our mutual friends are nice to me, but they seem to think I’m partially at fault for his infidelity because I’m asexual and heavily sex-repulsed. They seem to think that since my partner and I weren’t having any intercourse, his transgression isn’t so bad. I try to stand up for myself, but when I lie awake in the middle of the night, I wonder if they’re right. How do I explain to my friends that their opinions aren’t helpful?

Wow, classy bunch of friends you’ve got there. Do they also go around asking victims of assault what they were wearing? I agree with you; you should definitely explain the flaws in their approach… by losing their numbers and blocking them all on social media. If they come around asking, tell them you found nicer people to be on “Team You.”

Yes, try this approach even if you haven’t found any other friends yet. Wet paint is better emotional support than these hobgoblins will ever be.

But, but, but! You need sex! Adults need sex! It’s not a real relationship if there isn’t any sex! And the menses need it the mostest!

(Yes, my internal strawman chorus is made up entirely of lolcatz. They, too, are better emotional support than your “friends”).

In a relationship, adults respect each other’s sexual boundaries.

Your asexuality is a boundary. He violated your boundary, and therefore, you are no longer with him. It’s not rocket science.

The reason your friends fail to grasp this simple cause-and-effect situation is because they still want to hang out with both you and your ex. They try to normalize what he did to you so that they can justify keeping him around. Soon, he’ll bring his new squeeze to Game Night, and everyone will tell you that you should get over your feelings already.

Shut this shit down now. He and your “friends” have humiliated you enough.

Your ex had choices. He could have said, “Babe, I know that I said that I was fine without sex, but this arrangement doesn’t work for me anymore. Let’s make a clean break.” He could have suggested that you both have an open relationship, where you both would be free to find other people to romance you and have veto power over potential new partners. He could have acknowledged that he was sexually frustrated and then taken up cross-stitch until the urge to cheat passed. His dick’s needs shouldn’t trump his partner’s needs.

You don’t spend 2 years with a partner and not put in significant emotional and monetary investment. You liked this guy. You hung out. More than likely, you went on trips together and made plans for the future. You gave each other gifts and celebrated achievements… and he betrayed your trust and ran off with someone else. Your asexuality doesn’t invalidate any of that.

You’re mourning the loss of your partner, and your friends are kicking you while you’re down.

Remove yourself from those toxic “friends.” Don’t make yourself their doormat.

Eventually, you’ll find true friends who will help you laugh about this whole thing.

Photo by Fred Moon on Unsplash

Why Your Bucket List May Be Holding You Back