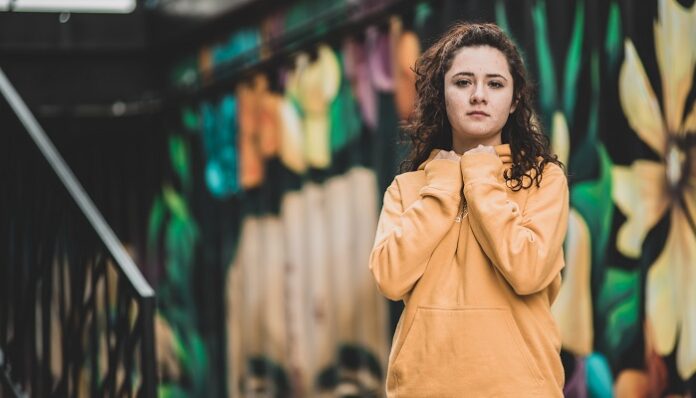 I have shared many things about being a survivor of rape, but have never shared much of my story. I will always have a little fear opening up about it. It’s such a hard part of my life, and some days I wish I could just forget. I fought so hard to be where I am today. My voice still shakes saying I was raped. Carrying the title of rape survivor will never be something I ever fully accept or understand.

Growing up, I always knew I wanted to help others, and decided that I wanted to be a firefighter and paramedic. At age 14, I joined multiple fire departments as an explorer/cadet. Joining these programs would help me jumpstart my career early. My high school offered a program for juniors and seniors where you could graduate with the credits to start your job right out of high school. When the time came, I signed up to take these courses. Little did I know this program would turn my world upside down.

As time went on, I knew I made the right decision and would prove to myself and others that being a female in the fire service would not hold me back. Being a female in a field that is heavily male-dominated was a challenge from the start. I would get disturbing comments daily. For example: “Do you think you could handle my hose like that?” “You’ll be 18 soon enough, can’t wait for that day!” “If you’re old enough to bleed, you’re old enough for me.”

On top of comments, I would also get my butt smacked. They had a countdown on the whiteboard until my 18th birthday, and made comments about my body. I would tell them I’m uncomfortable or would tell higher authority, but they always brushed it off as “boys will boys.” I kept pushing through, though. Because I had a dream and I was going to chase it.

On May 26, 2014, we had an event to cover for the program at the high school for Memorial Day. One of the instructors picked me up because I needed a ride. This wasn’t uncommon or the first time. After everyone left the event, the instructor was my ride home. He said he needed to do something inside the building we trained in and it wouldn’t take too long. I could come sit and wait. I didn’t think anything of it, so I said “okay” and followed him in. There was no one around, as it was a holiday.

This will forever be my biggest regret.

As we entered the classroom door, he grabbed my upper arm and pulled me into the room. I was confused and said “oww what are you doing?” He told me to shut up and cooperate. He then locked the door and I’ll never forget that sound the lock made. He pulled me to the back of the room and threw me down on the ground. I was crying and so scared. He would wipe the tears from my face and call me beautiful and say “It’s okay, you want this too. You just don’t know it yet.”

He was 43, over 300 pounds, and over 6 feet tall… I was 17, 145 lbs, and a little over 5 feet. I knew I didn’t stand a chance, but I fought for a while. It felt like it was never going to end. I felt like I couldn’t breathe and my world was caving in. He was leaning over me as I laid there feeling helpless. He would kiss my head and cheeks and I would jerk my head to try to avoid it. Then he would get mad and slap me.

I was wearing a uniform that consisted of a button-down shirt, under shirt, work pants with a belt, and boots. He began to undo my button-down and got to my belt and he placed his hands there and I began to shake and cry even more. This can’t be happening to me.

He would slide his hands up under my undershirt and touch my breasts, he would run his sweaty hand down my stomach, then trace my lower stomach back and forth. Eventually pulling my pants down, he made a comment about how cute my underwear was. I’d kick my legs saying “Please stop.” At one point his arms were up by my head as he raped me and I turned and bit him. He got angrier the more I fought him and would do what I did to him back to me.

I was a virgin before this. It was painful. He was hurting me so badly. I remember when he finished, he squeezed my cheeks and kissed my lips. He told me to go into the bathroom to clean myself up… I sat up shaking, tears rolling down my face. He stood there looking at me smiling. I pulled my pants up and stood up. I could feel something running down my legs.

He followed me to the bathroom and watched everything I did. I sat down and saw that blood was what was running down my legs. I wiped everything up, then went to the sink and looked in the mirror at myself for a few minutes, seeing him in the back as he watched me.

He told me after a few minutes it was time to go. I got in his car and he threatened me more to stay silent. I promised I wouldn’t tell anyone and would act like nothing happened. He took me home and I went straight down the stairs to my bathroom. I ripped my clothes off and sat in the scalding hot shower, never feeling clean and crying for a while. I thought “How could you do this? Why me? What’s next?” I was so hurt, lost, scared, and felt so alone.

I woke up the next day and got ready, trying to hide what I went through. I walked in the same classroom I was raped in the evening before and saw him standing there. He winked at me and smiled. My heart sank to my gut, my eyes filled with tears, but I went and sat at my seat. I thought maybe it would only happen once and that he wouldn’t do it again.

But for 8 months it continued. He would threaten my career, use my family and friends to get to me, and worst of all would threaten my life. And he would rape me over and over, hit me, kick me, burn me, bite me, tape my mouth, turn me around because I was ruining it with my crying. He would use his power of authority again and again to get what he wanted.

He took everything from me. I began failing school, I wouldn’t talk, I lost my smile, I hid in my room, and so much more. As time went on, I broke a little more each time. During each time, I would try to escape to somewhere else in my mind and just pray for it to end. For a while, I wanted to run away. And I didn’t want to be here anymore.

I hated who I was, I hated him, I hated that this was my life now.

I ran away on my 18th birthday after a huge fight with my family. Two days went by before I eventually came back home. I was grounded and my parents took my phone away. I went to school and was in class when the police came in and arrested him. My parents saw everything in my phone that he said.

I got pulled from class from the principal and walked into a meeting room where my parents sat, the school board, school administrators, and the dean. I stayed silent for a while, scared for what was to come. It was a small town, he was an instructor, a firefighter in the community, and everyone knew him. My first statement was to a male cop in my hometown and I was extremely uncomfortable. The county took it over and once again I had to give another statement to a male. Eventually, the child advocacy center took it over and I finally had a female to speak with.

By the time it got to them, I was exhausted from constantly reliving it. I had to fight for myself in a failed justice system for over a year. I had to hear over and over again that he was a good guy, and was asked numerous times if I had my story straight. People bullied me and told me I was a threat to the school. It was recommended that I finished the year by homeschooling.

I didn’t. He took so much from me and I fought so hard to prove myself. I finished school in person and the program. I graduated with my EMT license and my firefighter 1 and 2. It was hell, but I did it.

It’s been almost eight years since I first came forward. I have moved away and started a new life. I work on fighting for survivor rights and sharing my story now in hopes to help others feel less alone. He was released a few months back earlier than expected on good behavior. He moved to my small hometown, where I’m now scared to visit. Even after all this time, he still gets to me. But he will never silence me again.

Being a survivor of rape is something I’ll live with forever. But I’m glad I came forward, I’m proud to be where I am today, and I will never stop fighting for myself and other survivors. I am living proof that things can get better. I am always here. From one survivor to another, I see you, I hear you, I believe you, and I love you.