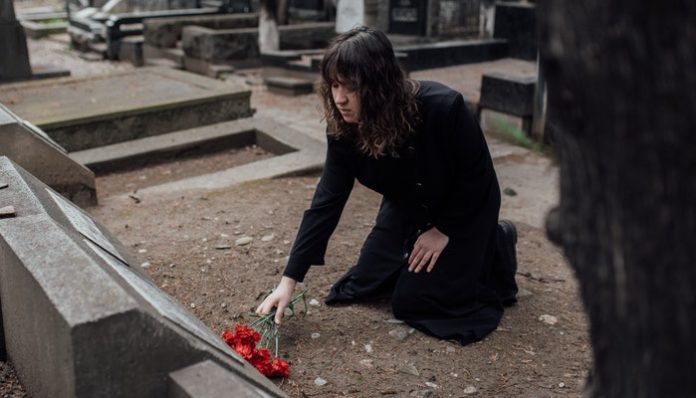 When I first met Olivier, I knew he wasn’t the one. We weren’t meant for a long term relationship. Our love should have ended shortly after it began. Had I known our love would have ended in death, it would have never happened.

I ran into Olivier’s arms trying to outrun an unrequited love. I’d convinced myself that if I could love Olivier enough to marry him, it meant that I could move past my ex.

My marriage to Olivier was short-lived. At the time I was unable to see both sides of where things went wrong. He was guilty of cheating and lying. I was guilty of not accepting him as he was… Trying too hard to change a man who was never going to change.

Olivier left me for a 21-year-old woman, and I wished for his death every day.

Not a single day would go by without me begging the Universe to finish him off. Put him in a casket where he belonged — and yes, these were my actual thoughts.

They weren’t casual thoughts. They were deliberate, obsessive, and became my morning mantra. Our breakup completely destroyed me. I remember thinking how lucky he was that I was in New York and he was in Paris. I would have killed him with my bare hands if I were closer.

Then, soon after we made amends, he died.

Olivier passed away from heart failure.

We had just texted hours before his death about plans we had made to have lunch when I got to Paris the following week. We had scheduled for Thursday, not knowing that that would be the day he would be buried in a cemetery with a view of the only city he ever called home: Paris.

I struggled for months after his death.

I blamed myself and the alter I set up. In my most desperate and maddening moments, I convinced myself I had murdered him through sheer will. I may not be able to will myself a book deal or a date with Taika Waititi, but apparently I could will death upon my cheating husband.

I do believe in the Universe, the impressions we make while we’re here on Earth, and echoes that last long after we’re gone. All of which make me wonder if I should be seeking redemption or promising myself, albeit selfishly, to never wish for what may come back to hurt me in the future.

As Anton Chekhov wrote, “It’s so clear, you see, that if we’re to begin living in the present, we must first of all redeem our past and then be done with it forever. And the only way we can redeem our past is by suffering.”

I have suffered at the expense of my own wishful thinking, so maybe that means the playing field is even for now. I just need to learn that while vengeance makes for a great plot line in a book or movie, in real life it just causes more heartbreak.

3 Things You Need To Do When You Finally Find Yourself

Why ‘Catios’ Are The Latest Must-Have Item For Cat Parents