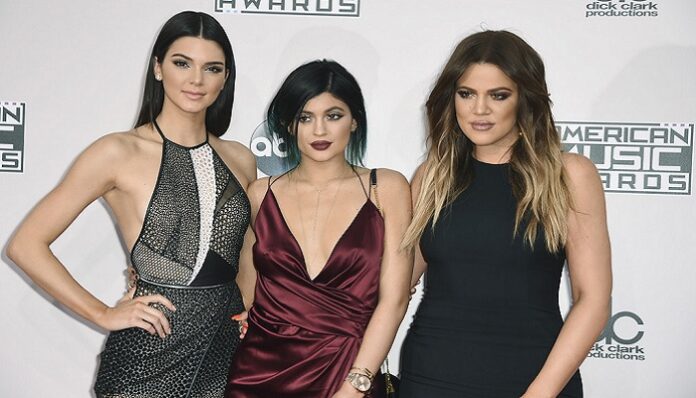 I was on TikTok the other day and I came across a video of Kylie Jenner sitting with her mom Kris on the Late Late Show with James Corden In the video, James, Kylie, and Kris we’re discussing Kylie’s newest son’s name. (For those unaware, Kylie and Travis Scott originally named their son Wolf, then decided to change it).

In this interview, Kylie revealed that they have a name for their son, and have chosen to not reveal it yet. She also stated that they are trying different names, and are not fully settled on the name they claim that they have picked.

The Kardashian-Jenner gang has always found ways to get under my skin. Sure, their shows are entertaining for an hour or two. I can’t stand the family as actual people.

It seems as if they’re always in the news for no reason. It’s always about drama. She slept with him, he cheated on her, she wore this dress, blah, blah, blah. It feels like they’re famous for no important reason. I was telling my friend about this and it finally clicked.

The Kardashian-Jenners are relevant because they keep giving us reasons to keep their names in our mouths.

And the Kardashian family definitely knows what they’re doing. From Kim revealing spicy details about her (now past) relationship with Pete Davidson to the sisters hiding details about their personal lives only to reveal them when their popularity dies down, they feed on the fact that we all consume news and gossip about them. Let’s be real: That’s arguably one of their only talents.

This family does everything they possibly can to remain in the news while creating drama around their name because they know people are still talking about them.

Every time you click on a link about the family, even if you don’t like them, you’re giving them more attention.

Even if the news is negative, you’re giving them negative attention when you click on that link or send that video. Any publicity is good publicity for them.

When you get into a heated discussion with your friends about the family, you’re still talking about them and boosting interactions on the videos and articles. You’re just keeping them in the drama even more.

That’s the thing with families like the Kardashian-Jenner clan — they rely on drama, speculations, and gossip to remain in the spotlight. And all of us give that to them daily without even realizing it. Without us, they wouldn’t be famous

So the next time you see the Kardashian-Jenner fam pop up on your timeline or see their faces on a magazine cover, think carefully about your choices. Before you roll your eyes and buy the magazine or click on the link, consider the consequences of what you’re doing. Just remember that they’re in the news and media because we keep going back for more.

Written in collaboration with Natalie Trznadel

Why Blaming Others Kills Trust In Your Relationship