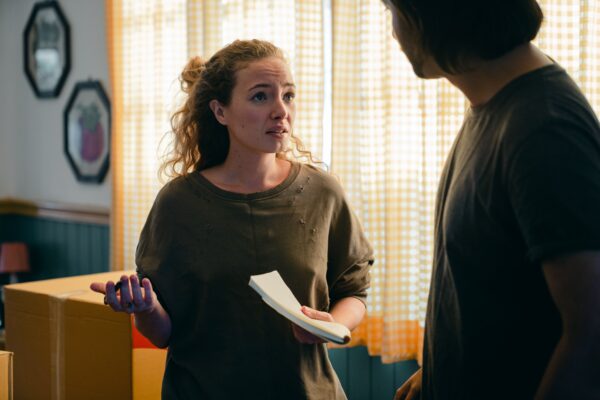 Everyone knows the obvious red flags that an abusive partner portrays. We know that the behavior they portray might be violent, or they may demonstrate certain personality traits, such as jealousy, possessiveness, and control. It is unfortunate that many abusers are very good at hiding such tendencies in the early stages of a relationship. In many cases, by the time the partner reveals themselves for who they truly are, their partner is already attached and it becomes difficult to leave the relationship. But before the abuser raises the obvious red flags, there are warning signs that someone could potentially be an abusive partner. These signs will surface before a bond develops. So the following are qualities that a potential abuser will portray:

Stay away from a person who blames their bad luck and negative feelings on somebody else. Blamers can be highly seductive, which, in turn, makes them dangerous to love because they usually have a “victim mentality.” They often see themselves as justified in whatever retaliation they enact and whatever compensation they take. Blamers are also very good at playing mind games – they end up putting their partner’s mental health at risk.

People with a sense of entitlement believe that they deserve special treatment. They may cut in front of others waiting in line, smoke wherever they want, drive any way they want, say anything they like, and do pretty much anything they choose. They do not respect other people. And that’s a red flag. The person will not only feel entitled to material things, they will also feel entitled to their partner`s space, body, emotions, and all other things that are personal to their partner.

Superiority is the implication, at least through body language or tone of voice, that someone thinks that they are more important. Potential abusers feel the need to point out how much smarter, more sensitive, or more talented they are. A variation of this warning sign is self-righteousness. If you dare to disagree with this person, you will not only be wrong but immoral as well.

If your partner makes a big deal out of nothing or focuses on one small, negative aspect of an issue, a relationship with them can be a disaster. This might show itself as being extremely particular about how they want their food to be prepared at a restaurant or them becoming impatient with other people over something minor. In a romantic relationship, petty attitudes and behavior make one partner feel inferior all the time.

Sarcasm comes in many forms. Sometimes it is just humorous while other times, it is not so innocent insensitivity with the intention to hurt, undermine, or offend the other person.. Sarcastic people tend to be heavy into impression management, always trying to sound smart or witty. Their tone always has at least a subtle put-down in it. The person treats everyone, including their partner, poorly.

Jealousy has the potential to be harmful. It becomes dangerous once it turns into obsession. The more a person obsesses over something, the more their imagination takes over, distorting reality and rational thinking. Plus, jealousy is the only naturally occurring emotion that can cause psychosis (the inability to tell what is really happening from what is in one’s head). Oftentimes, severe violence in relationships involves some form of jealousy.

People who move “too fast” may have issues respecting boundaries. There is nothing flattering about a partner who cannot wait, out of respect for their partner’s emotional, mental, and physical space. People who rush their partners into decisions and situations are toxic; therefore, it means that a relationship with them will be a toxic one too. Another toxic thing about rushers is that they do not give their partners the opportunity to make their own decisions, therefore, the decision-making in the relationship is one-sided and it benefits only one person.

What’s next? Trust Yourself

Self-trust comes from staying true to what you believe in. For as long as you stay attuned to the most important things to you, you will naturally gravitate towards those who truly value you as a person and those who are true to themselves as well.

So, trust your intuition – if it doesn’t feel right, it probably is not.

Why You Should Learn To Be Alone Before Getting Into A...