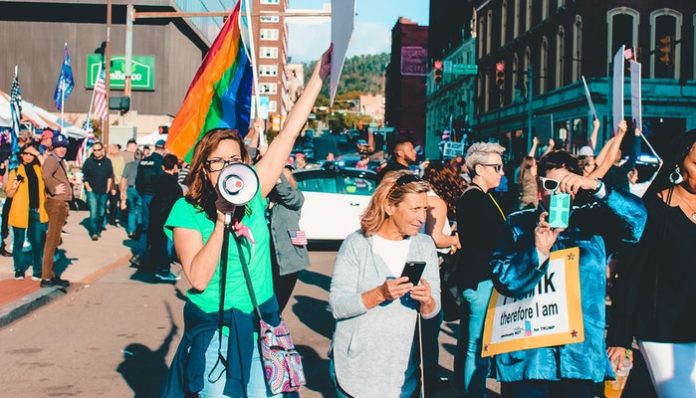 On February 24, the Florida House of Representatives passed the highly controversial Parental Rights in Education bill with a 69-to-47 vote. If passed into law, the “Don’t Say Gay” bill would essentially “prohibit discussion about sexual orientation or gender identity” within any elementary schools in Florida.

Proponents of the bill say it will “empower parents,” “create fair boundaries” for teachers, and will not “cause hate.” They say that teachers simply cannot teach children in elementary school about anything related to the LGBTQ+ community, including history or definitions of words. However, critics say the vague language sets the stage for schools to completely ban all discussions of sexual orientation or gender identity, whether it comes from teachers or the students themselves.

As a bisexual woman, mother, and former teacher, I personally think this “Don’t Say Gay” bill poses a multitude of problems that these “well-meaning legislators” are clearly overlooking for the sake of possibly netting more votes from conservatives in the next election.

First and foremost, banning any sort of discussion about this type of subject matter essentially strips LGBTQ+ teachers of any sort of authenticity.

Instead of sharing their true self with their students, they will have to hide a large piece of their identity if they want to keep their job and avoid possible legal ramifications. This means they can’t share their identity with their students or teach any sort of social studies lessons related to civil rights for the community. They would not even share why they wear rainbow items with their students. In fact, they likely can’t even display pictures of their partner on their desk in the same way heterosexual teachers can, for fear that a student would ask a question and their response would then be considered “breaking the law.”

Furthermore, who gets to decide what specific conversations break this law and which ones are okay?

Children are curious little folks, and they always come to school with the most random questions and pieces of information. If they ask the teacher about something LGBTQ+ related and the teacher provides any sort of answer, is that breaking the law? While some supporters of the bill say it would not, the vague language makes it unclear. Furthermore, Governor Ron DeSantis essentially said that teachers telling kids “don’t worry, don’t pick your gender yet” is “inappropriate” and shouldn’t be happening. Because of this, my gut says lawmakers will use this bill against teachers who may not “fit in” at a specific school.

Most importantly, though, banning discussions and lessons on sexual orientation and gender identity sends LGBTQIA+ children a very clear message, and it’s not a positive one.

LGBTQ+ children and teens are nearly twice as likely to be targeted by bullies than their cis gender, heterosexual peers. Furthermore, 4 in 10 LGBTQ+ youth face homelessness and other home life complications because their parents are not accepting of their identity.

In many cases, teachers and others at school are the only supporting people in an LGBTQ+ child’s life. However, this bill would all but remove the opportunity for a teacher to express their support and help these students feel loved and accepted. This will likely cause even more mental health complications for this very vulnerable population and make them feel even more ashamed of who they are.

While I’m all for open communication between parents and teachers, I firmly believe Florida’s Parental Rights in Education bill will ultimately do more harm than good and will do very little to help parents and teachers connect. Instead, it will drive an even larger wedge between the LGBTQ+ community and the rest of the population. Worst of all, it will put LGBTQ+ youth at an even greater risk for depression, low self-esteem, and feelings of alienation.

School is the perfect place for children to learn and explore their identity, so why take that away?

Photo by Rosemary Ketchum from Pexels

How The Pandemic-Induced Recession Will Impact Your Career Goals