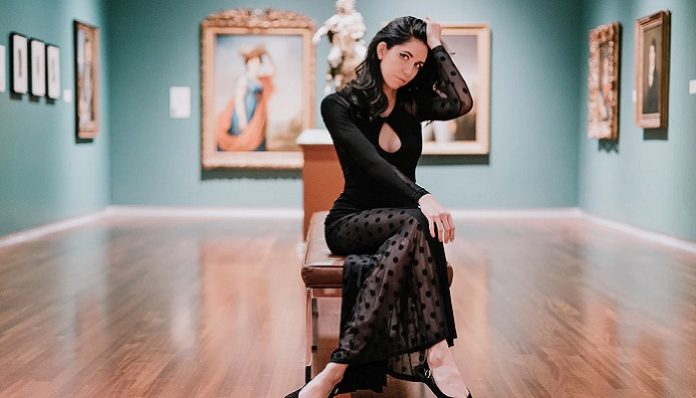 So, the title is self-explanatory. However, this is a memo to all the up-and-comers and even those who are afraid of being told not to speak up.

Or maybe, “I am just an asshole and want to set the record straight as a woman working behind-the-scenes in the entertainment world.” Oh, wait…

I am a writer, director, and producer.

It was only a month or so ago when I had noticed a “shift” (let us call it that) when a now former mentor had hit me up, asking me to return to help on a TV show that I was his personal assistant on just months before during the summer.

I should start off and say that at that point, I had known my so-called mentor for about 3-4 years after meeting them at a networking event. I believe we first connected through email or LinkedIn before he called me up and asked to meet at that networking event.

So, I went. That was the first time when I felt I met someone who believed in me as—at the time—an up-and-comer writer and director. Ironically, at the time, I was debating if I should call off a short film that I wrote and would be directing and producing out of fear. I was terrified of failing, considering that the short film was my first “bigger” budget project, as well as more than a one-day shoot.

Basically, I saw it as a project of f*ckin’ it up for forty-eight hours.

Luckily, I did not call off the project; even he told me not to. Especially when I had divulged to him how I would be working with an actor whom he knew as well. I will always remember him telling me, “That’s f*ckin’ awesome, man! You’re cool. I’ll introduce you to some people.”

And trust me, he did. It was not in a sleazy or douchebag way. In fact, he was introducing me as a writer and director, as well as a businesswoman — a producer, so to speak.

However, perhaps, there were red flags even back then, and I was just a naïve twenty-two-year-old who wanted to see the best in people. Even after putting my foot down that I was strictly business and looking to build my own career as a woman breaking into the industry.

And there is nothing wrong with that.

But, if you also tell someone that you are NOT going to f*ck them, unfortunately, often, petty behavior will start. And when people get petty, that is when one must cut ties for better and for worse, as I did just two nights ago. After getting a so-called friend a job with him to only experience weird behaviors from both of them during a month or so span while working on this TV show.

It was both humiliating and unsettling. After all, my so-called mentor and colleague credited me with recruiting interns for his company…

Only to have him tell me two nights ago that I had done nothing to help him. Funny, considering that I pitched both his upcoming feature film and production company deck to multiple colleagues of mine

So, this is not my intention at all to sound like some petty woman or “the other woman,” even though that is how I felt towards the end of my previous job. And as a matter of fact, it is probably the last job I will ever work with him for because of how he made me feel: Demoted.

Ah, I forgot, too – one must have physical proof or whatever to back up what they are saying. And those thoughts, including my own fears of “Shit, will this get me blacklisted?/Will he get mad?/Will my friend get mad?/Will all my family and friends get mad at me?” made me bite my tongue throughout my position as… a producer assistant.

Not a big deal?

Well, try walking in on your first day and realizing that the other now-former assistant to the executive producer (my former mentor’s business partner) is an associate producer… and you are not, regardless of the fact that you have more experience than they do.

Ironic that neither he nor his father works there anymore… even though both of them were longtime friends of the show’s producers. Ironic, huh?

This was after being his so-called personal assistant during the last show run, a.k.a what my title was then, “executive assistant to executive producer.” So, you can imagine both my confusion and my flare of anger when my “friend” (his new assistant) tells me this drunk, two-days before I am to return to the TV show.

I will only disclose that the assistant raised another red flag when she divulged how she had this schoolgirl crush on the boss. It was one of those, “Yeah, I get it/Yeah, he’s good-looking/Yeah, he’s charming,” kind of things.

However, I was also careful when it comes to mixing business with pleasure, as well. After all, let us look at the current movements and blacklisting that we are all seeing with men who have abused their power because they are “producers,” “actors,” and “directors,” such as Weinstein, Ratner, Franco, and all those other assholes who need their egos stroked.

Yeah, that is probably too far, but whatever. I have always been known for speaking up for myself and yet, that is considered a bad thing.

The reality — speaking up is not bad at all. Standing up for yourself both professionally and personally is a necessity, both nowadays and throughout life.

Yet, that was only the beginning.

We’ve All Heard Of Hygge, But What Exactly Is Gezellig?