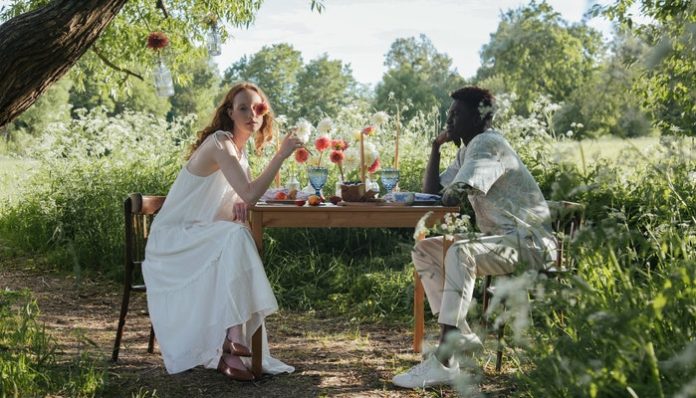 Ahhh- the dreaded task of finding the perfect man. We all have our lists of what makes the perfect guy for us (you know, aside from tall, dark and handsome). Now we have one more to add to the list: has at least one sister.

Sounds crazy, we know. But science says that having siblings can shape a person’s personality (and if you have siblings, you KNOW that’s the truth). So here are 8 reasons guys who have sisters are total keepers.

It’s true! According to studies, having at least one sister makes you happier and less susceptible to depression – even as an adult! Who doesn’t want to end up with a happier man?

2. “Woman stuff” doesn’t freak them out.

They totally get what a period is and know all its side-effects. They’re probably no stranger to the emergency tampon/pad and chocolate runs and they know EXACTLY what PMS means. So when you cry for absolutely no reason or yell about wanting to cut out your uterus, they will be there with the tissues (and to hide the knives). What more could you ask for in a guy???

3. They don’t think women are some foreign alien species.

Living with sisters has taught them that women are only human, and while we can sometimes be a force to be reckoned with, we can hold a great conversation as well as a guy. And who doesn’t want a guy who will actually talk to you?

4. They’re used to having to watch “girlie” stuff.

They’ve probably lost the battle for the TV remote many times and were forced to suffer through as The Notebook or some other romantic/girlie show (because really, it’s easier to watch then to get up). So when you want him to stay with you as you watch the season finale of The Royals, he’ll smile and snuggle up with only minimal complaining.

If you’ve always wanted a sister to talk to about girl stuff, you’ll get one as a bonus! And you and your man’s sister can skip right over the spending-every-waking-moment-annoying-each-other phase. And if you already have a sister … it never hurts to have another one.

6. There will be someone who really understands you.

Whether you have a sister of your own or not, you’ll now have a sister who totally gets what it’s like when your guy does something annoying. After all, she’s lived with him, too, and can totally sympathize.

These guys have grown up with sisters. They’ve had to deal with girls hogging the bathroom and are quite used to how long it takes a girl to get ready. They won’t be shocked when it takes you 20 minutes to do your hair or how long it takes to fully put on your makeup for a big night out.

8. And most importantly, they know how to treat a woman.

There is no way their sister (or sisters) let them grow up without teaching them what women want. They know how to respect women and the difference between romance and creepy-stalking is. These are men who already know how to treat you like the wonderful, dependable, independent, fierce, emotional, kick-butt Queen that you are!

Men who have sisters are superior to those with only brothers. Comment below your reasons why!