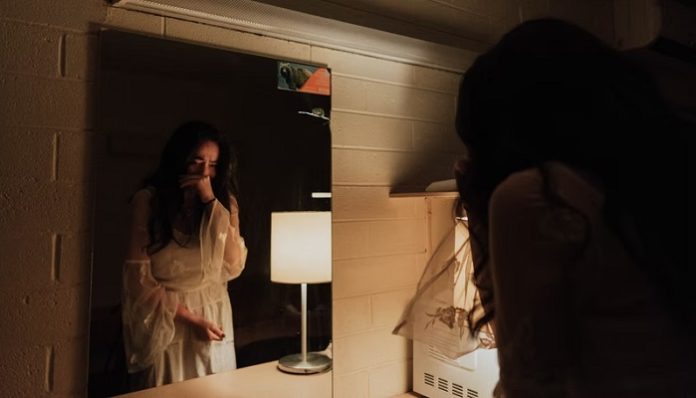 I was 18 years old when I came forward about being raped. I thought opening up about it would mean I would finally get my life back and be free of all the pain. But, unfortunately, that was not the case and, in many instances, still isn’t.

When I share my story, the number one remark people make or ask about is, “What were you wearing?” This is a question that people ask survivors of sexual violence way too often.

Victim blaming or implying that someone could have prevented their assault by wearing something less “sexy” or “revealing” is something that shouldn’t happen. Sexual violence is never okay, regardless of what you were or weren’t wearing.

In my case, I was wearing a uniform for a program I was in. It consisted of a button-up shirt, an undershirt, and tactical pants with a belt. I believe what I was wearing should not have been a factor in why I was raped. It should’ve never been considered evidence…

The questions and assumptions that what I was wearing was the reason why I got raped affected me mentally for months.

One thing that is even more triggering to me after my rape is dress codes. A dress code won’t end sexual violence, and here’s why: It’s not about the clothing but about the power the rapist or abuser holds over you. Wearing certain clothing will not stop a rapist when they don’t care about consent, to begin with.

The whole question of “What were you wearing?” or a rapist using a person’s clothes as a reason why they did what they did only justifies their unspeakable actions.

Rapists shouldn’t even be able to “excuse” or “explain” themselves. People who make comments like, “She should watch what she’s wearing” or “She shouldn’t have worn that” are just contributing to the idea that it’s the victim’s fault for being sexually assaulted. It can be very triggering and painful for someone who’s recovering.

We all need to understand that clothing doesn’t provide any justification for any form of sexual violence. Always remember that it was not what you were wearing. Don’t allow the world to make you feel or think it was your fault in any way.