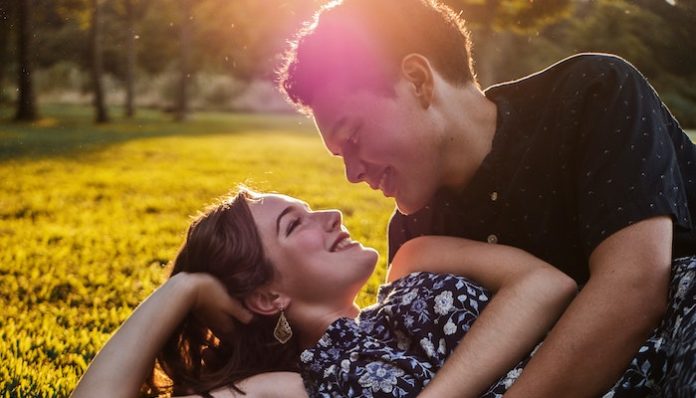 Most pickup artists tell guys to “s*** test” girls to see if they’ll put up with them, and that girls “s*** test” guys all the time. To be honest, I’ve started to run my own tests on men. I’m not even ashamed to say so.

These tests, though unconventional, really do help you figure out whether you’re wasting your time with a jerk or if you have actually found a good man. That being said, this dating and relationship advice and tests are a bit funny if you think about it. Here are my favorites!

Take a good look at what the guy you’re dating is saying. Is it smarter than what you’d expect the neighborhood dog to say? If he’s smarter than a Doberman Pinscher, you’re good to go. If the dog has more brains than he does, you should date the dog instead.

Do his pants seem like they’d squeeze the life out of most testicles? Does he dress like a Kanye wannabe? Are half of his dating profile photos shirtless snaps? If he dresses like a f***boy, he most likely is one. This is especially true if he splurges on Hood by Air, but doesn’t even live on his own.

3. The Cheese And Whine Test

While kvetching over a cheese and wine platter is always good, failing the Cheese And Whine Test is a sign he’s gone foul.

Another thing I’ve noticed is that the worst relationship partners tend to have a need to be seen as strong “alpha” guys and often will have that sickeningly messed up idea that the only way to be “alpha” is to dominate, control, and use women. This is why I invented the Alpha Male test.

If he ever says the words “bro,” “alpha as f***,” “females be like,” or “I’m a man, that means…,” he failed. Similarly, if he flips out if you are not cool with a sex act, he also fails. Ideally, men who fail this test would get spayed and/or neutered, then sent back into the wild because they shouldn’t reproduce.

Much like Pepé Le Pew, a guy who you shouldn’t commit to tends to be the one who won’t take no for an answer… or smells really bad. If he resembles your favorite cartoon skunk in either measure, you probably should pass him up and suggest that he meets his own Fifi La Fume.

The other really bad kind of clothing style that I’ve picked up on during my years of dating is the classic “Fedora neckbeard” look. This look is most commonly characterized by poorly washed T-shirts, anime fandom pins, and, of course, fedora hats.

If he has any of these accessories on a dating profile picture, you might want to think twice about him.

This may not be the way you see things, but for me, I view a guy with strong religious beliefs to be a cause for caution. This test is simple. Ask him what he believes religion has to do with a woman’s place, sex, or a woman’s right to choose.

If he starts lecturing you about Baby Jesus, say “Hallelujah” that you found out he was a misogynist now, then look for someone else you can date instead. Baby Jesus might cry, but I promise, you’ll be celebrating in the long run.

If the only way people would think you’re together is out of beer goggles gone bad or pity, you might want to dump him. Chances are that you can do better and that his personality doesn’t make up for it.

Photo by Mark Decile on Unsplash

Men With These 10 Personality Traits Make A Great Boyfriend