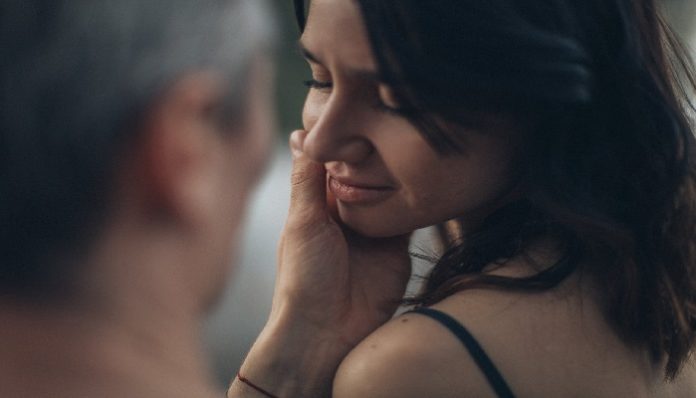 We grew up in an era of Disney romance. One where Cinderella rode away with the prince in a magical turn of events and Snow White was awoken with a gentle kiss from her one true love.  We grew up on the idea of love being our goal in life. We grew up falling in love with the idea of living out our “happily ever after.” And in a lot of ways,

it really screwed us over.

Because instead of holding onto the romantic date some great guy just took you on, you’ll spend the rest of the night dreaming about the countless others ones you expect he’ll surprise you with over the span of the next few years. Instead of appreciating all the things he is doing now, you get wrapped up in the future and what comes next.

You start picturing summer vacations and holidays spent together with his family all the while never acknowledging that you don’t even know his favorite color, guilty pleasure tv show yet.You’ve imagined four different destination wedding locations, but you don’t know the last time he cried or his biggest fears. It’s easy to overlook the “small” things when you fall in love with the idea of someone because every word they say was placed in your mind before they said it; every action was already carefully thought out to match the perfect person that’s already been stirring in your mind for years.

It’s a different kind of feeling, falling in love with idea of someone. You have them – this physical being you can touch and hold – standing right before your very eyes looking like every kind of perfect thing you’ve ever dreamt about. You fall in love with them so suddenly it almost feels like you’ve missed a step along the way. And not surprisingly, it will feel like you finally found “the one.” Because when you fall in love with the idea of someone, you’re so ready to fall in love that almost any person vaguely fitting this ideal in your head will do.

When you fall in love with the idea of someone, it’s easy to start looking past their flaws and annoying habits. It’s not a big deal when they snap at the waiter over a plate of food, especially when they spent the day before volunteering at the Boys and Girls Club. Because to you, they embody everything you think you’re looking for in a lifetime partner.

When you fall in love with the idea of someone, you gloss over the little fights and shake the snarky comments off. You consider them growing pains – something every ‘perfect’ couple goes through.

When you fall in love with the idea of someone, you truly believe you know this person from the inside out, like the back of your hand. You spend each day constructing who they are in your mind and clinging tightly to the things you want them to say. When something doesn’t quite match up to how you pictured it, you dismiss it because it doesn’t fuel the fire that is your Disney fantasy.

No matter how many times they hold your hand in public or how many nights you stay up late to talk, you will never feel fully fulfilled when you fall in love with just the idea of someone. For some reason, you won’t ever feel truly connected, even through the endless hours of movie nights curled up on the couch with them. You’ll feel disconnected while kissing them or making love, as if you’re just waiting for the day it feels exactly how you dreamt it would.

Because when you fall in love with idea of someone, you tend to forget that they are merely flesh and blood, and no matter how hard you want them to, they won’t live up to your daydreams because they don’t exist in the physical world. That’s the thing with falling in love with an idea:

you know you can’t keep it forever.

Eventually that idea will shift and you’ll find something new to make you happy, something that doesn’t just exist in your romantized mind. Eventually you’ll wake up and realize the idea of who you once thought someone was is not the same someone waking up next to you. You’ll wake up and realize the person you thought you would be spending forever with is simply just another person you could spend a few months daydreaming about.

Eventually you’ll wake up and see them for who they really are – a human being who’s flawed just as much as the next person. A human being who is dazzling in their personality and complex in their being. That’s the moment when you have to decide if the person in front of you is just as good as the idea you’ve created. That’s the moment you have to decide to fall in love with this person or let them go to find someone else.

The Moment You Free Yourself From Pain After Heartbreak