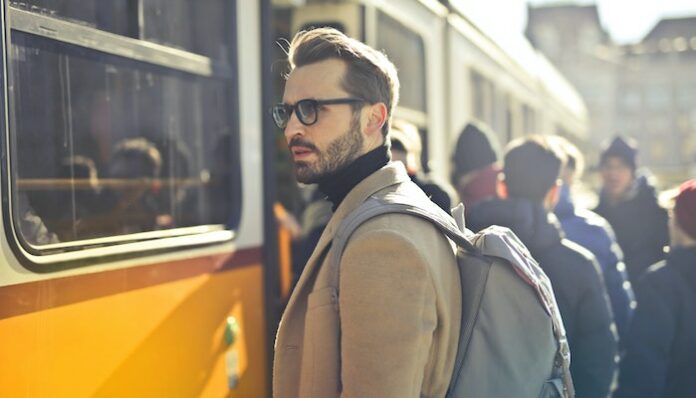 It can be hard compliment a guy you’re dating. That sounds a little silly, but think about it: When was the last time you successfully paid compliments to any man without it becoming weird?  When it comes to finding sweet things to say my boyfriend, I tend to tell him how much I love him and what a good dad he is. If I could, though, I’d tell him how incredibly handsome he is, but I always get this funny feeling of reservation. How can you let your male partner know just how into him you are? What compliments will help your guy understand just how much he rocks your world?

They key to complimenting a guy in a meaningful way — one that won’t just make him feel like a piece of meat — can be found in the depths of the subreddit r/AskMen. In the popular Reddit forum, one woman asked, “What is the best compliment you have ever received?”

The answers men gave make a great guide for anyone looking to praise the guy they love. Without further ado, here are 20 of the best compliments that you can give a man – according to guys themselves.

“My now wife once said while we were dating that, ‘You feel like home.'”

“Everyone, regardless of gender expression, wants to feel a deep and meaningful connection to other human beings. It’s in our DNA. So tell them that you feel ____ in their presence. The blank can be ‘safe,’ ‘seen,’ loved, or ‘protected.’ Any feeling will suffice as long as it’s real,” says marriage and family therapist Dr. Paul Hokemeyer.

“One time a lady in a store in an airport told me I had beautiful eyes. It was in the middle of a bad trip home from a holiday (I got food poisoning, [which is] not fun on a plane). It’s the only time in my life I’ve ever received a compliment from a stranger, and I couldn’t believe how amazing it made me feel.”

“The best compliment is when my wife says I’m a good father. My dad walked out on my two sisters and I when I was only 2 years old, so I’m trying my hardest to be the best father I can be.”

4. “Your children are lucky to have you.”

“My abusive ex-wife got two restraining orders against me, [so] I didn’t see my children for 12 months. These were the hardest 12 months of my life, filled with despair and sorrow. On my very last supervised visit, after the children had left, the supervisor came up to me and said, ‘I don’t know what happened for you to have to be here, but you are an amazing dad and your children are lucky to have you.’ I then proceeded to bawl my eyes out.”

“A friend in my group pulled me aside and said I’m a really genuine person and that she appreciates me.”

6. “You are complex without being complicated.”

“Someone said to me, ‘You are complex without being complicated.'”

“I took a theater class 2 or 3 years ago. There was this one girl who I would talk to after class. As in, I would walk her to her car. No real reason, I’m just a friendly and talkative dude.

One day, the teacher holds me back after class for 10 minutes to talk about one of my monologue performances. I see everyone left, so I’m kind o bummed I wouldn’t get to talk to the girl. But she waited outside for me.

I was legitimately shocked and asked her why. She said, ‘You’re interesting, and I like talking to you.’ As someone who regularly gets told they’re really talkative and annoying, it was great to actually meet someone who appreciated conversing.”

“I was once told at work that I could be trusted to handle certain things (In other words, I was competent [at] those tasks). As someone who sometimes secretly thinks he’s not skilled/competent enough, this meant a lot to me.”

9. “You have a wonderful way of speaking.”

“I am grateful for physical compliments, but ones that go beyond how I keep myself in shape or the face I was born with are much more meaningful. A women once said I had a wonderful way of speaking. It honestly caught me off guard, and I was flushed for quite some time after.”

“I am not ugly but also not attractive. As a guy, [people don’t usually compliment me on] my looks… Put all this together, and I… think that I’m above compliments…

That is, until the other day, when my wife asked me to open a jar. It was a particularly hard one, and I was shirtless. So I put all my strength into it, making my muscles pop out. I opened the jar and she said, ‘Wow… that was kinda hot.’

The only real compliment I ever got for anything physical, so rare at a rate of 1 in 50 years, that I will always remember it.”

“One time, I took my son to get his haircut, and the (female) barber didn’t believe that I was old enough to be his dad.”

“After watching a customer walk around the pastries for five minutes, he looked at his hand and saw he didn’t have enough money. He was about to walk out and I called him over.

I handed him a turkey sandwich and said, ‘Have a nice day.’ He looked at me and said, ‘You made my day. Thank you,’ with the most sincere voice I have heard.”

“Back in high school, I was really scrawny — so scrawny that I was deemed unfit for military service when I reached the age when you otherwise have to enter national service. About a year ago, I walked past one of the girls from my high school class, and naturally I said, ‘Hi’ when I recognized her.

The first words out of her mouth were, ‘You got big.’ I am well aware that I am not exactly a giant of a man now, but I still think back on that with a smile.”

“Some old guy at the racetrack said he liked my car.”

“A girl I had a crush on suddenly told me I’m a good man. I don’t know if I was friend-zoned or what, but it felt good.”

“Following a conversation about how she likes my outside-the-box thinking, [I asked] my now-fiancée if I tick her boxes. She replied, ‘You tick outside the boxes.'”

“The best feeling in the world is driving my car around and having little kids stop in their tracks and give [me a] thumbs-up. It’s so much more gratifying than any award.”

“My friends would [describe] me as someone who’s super genuine. Also, a girl told me last week that I looked way better than my [Tinder] photos because I have an ‘inner glow’ in real life, which apparently reflects my inner self.”

19. “You have great posture and are handsome.”

“I used to work at a grocery store. I was walking to the back of the store when halfway down, an old lady stopped me... She just wanted to tell me that she thought I had good posture and was handsome. Seventeen-year-old me’s day was made.”

“‘You give me butterflies.'”

Says John Gottman, psychological researcher and clinician, “Every time you give your partner compliments, no matter how small, you strengthen your [relationship].” So next time you don’t know what to say to the guy you’re dating, try one of these compliments – it’ll make his day!

Photo by bruce mars on Unsplash

7 Truths Men Need To Understand About Women In Order To...

To My Best Friends Throughout 2020, Thank You

Just A Few More Minutes: 8 Reasons You’re Not A Morning...

What No One Tells You About Leaving Your Comfort Zone