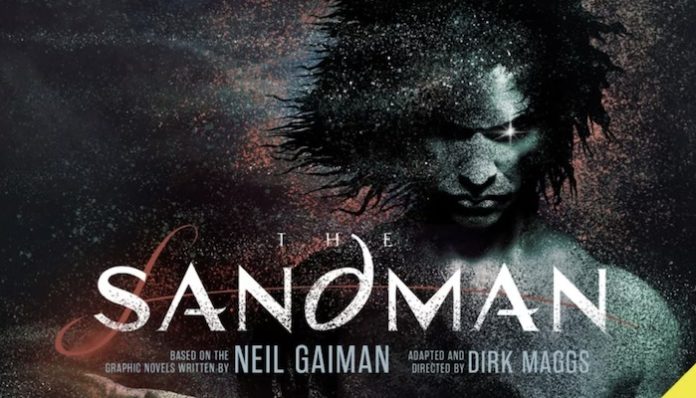 Listen up, Audible lovers! There’s a new drama headed your way! Audible and DC comics have announced a release date for their upcoming audio drama, The Sandman: Act II.

Originally a graphic novel by Neil Gaiman from the 90s, The Sandman tells a tale of the Endless, beings who are different aspects of life itself, such as desire, destiny, and dream. The Sandman focuses on the latter and his journey throughout time. On his journey, readers will encounter historical figures such as William Shakespeare and learn about lesser-known events of their lives.

This is probably one of my favorite graphic novels of all time because it doesn’t follow the convention of a big bad guy going to destroy the world and the confrontation that is built on during the story (at least after the first volume).

The stories are mostly anthologies, different stories with little connection except for one or two aspects. With every story, you’ll meet new characters — human and animal —who wish for a better life.

Don’t mistake this series for a happy-go-lucky one. It’s very adult and at times very disturbing. This is not because Neil Gaiman tries to make a person’s skin crawl or his style is terrible. It’s because he focuses on beings and shines a light on some of the worst parts of life such as abuse, rape, and murder.

The audio drama is something I believe has never been attempted before. Audiobook lovers will be no stranger to the style, but it pretty much takes the role of a full drama. There is lovely music, talented voice acting, excellent sound effects, and a narrator who does a wonderful job of keeping the story clear.

The drama sports a commanding cast with James McAvoy, as Dream/Morpheus, Kat Dennings as Death, Michael Sheen as Lucifer. Some new additions include Bill Nighy as Odin, David Tennant as Loki, Bebe Neuwirth as Bast, Miriam Margolyes as Despair, and Joanna Lumley as Lady Johanna Constantine.

This is a wonder to listen to. The first act dropped summer of 2020 and personally helped me make my way through quarantine. I hope you’ll give it a listen and its sequel when it releases in a few months on September 22, 2021.

The Sandman is available exclusively on Audible.

7 Books You Read In High School That Deserve A Second...