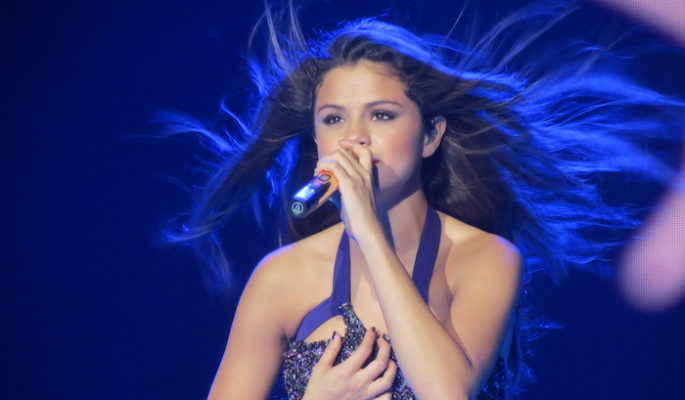 It has been five years since Selena Gomez released her last album. Of course, those years have not been easy for her. She battled Lupus, had a kidney transplant, and went into rehab for depression. If anyone in young Hollywood has gone through some serious stuff, it’s her. Yet despite these difficult years, this album is proof that good things can come out of hard times.

Her new album is proof that you can learn to love yourself again no matter what hell you’ve gone through.

The album starts out with the album title Rare. The song is first of all a bop and it also talks about self worth within a relationship. The lyrics are a direct contrast from her 2018 single Back To You. Right from the start, Gomez shows us that her life has changed.

Although somewhat dark, this album shows just how far Gomez has come and the growth she made over the years. The empowering third track (which released back in October) shows the perfect example of this. In the per chorus of Look At Her Now, the lyrics show how far she has come:

“Of course she was sad/ But now she’s glad she dodged a bullet (Mm).”

Later in the song, she says, “She knows she’ll find love (She knows)/ Only if she wants it.” We can only assume that this reveals that Gomez finally found peace within herself.

Critics wonder if her public break ups with the Weeknd and Justin Bieber had anything to do with her new music. While Gomez admitted that dating in the spotlight affected her, this album definitely focuses on loving yourself before anyone else.

Things then slow down with the next track. Gomez’s first number one hit, Lose You to Love Me, discusses not knowing what love is. She sings, “I saw the signs and I ignored it / Rose-colored glasses all distorted.” Later she speaks the track’s title “lose you to love me,” which demonstrates just how much this album stresses self-love.

The album wraps up with a collab with Kid Cudi titled, A Sweeter Place. To me, this song shows that Gomez has grown and ready to move on. She sings about “There must be a sweeter place” and she goes on to explain that “Oh whoa, head is /so clear (so clear),” showing us that life has been better now that she has put in work to put herself in a better place.

She’s always been a celebrity who is aware of her fame and the impact she has on others, so it’s not surprising that she chose to articulate her words carefully within her music. Gomez has remained vulnerable, extremely honest, optimistic and strong time and time again, and this time is nothing short of what her fans expected of her.

Rare as a whole demonstrates that amazing things come from loving yourself. Personally, it’s also exciting to think of what else Gomez can do with this new attitude, and I can’t wait to hear what’s next from this powerhouse.