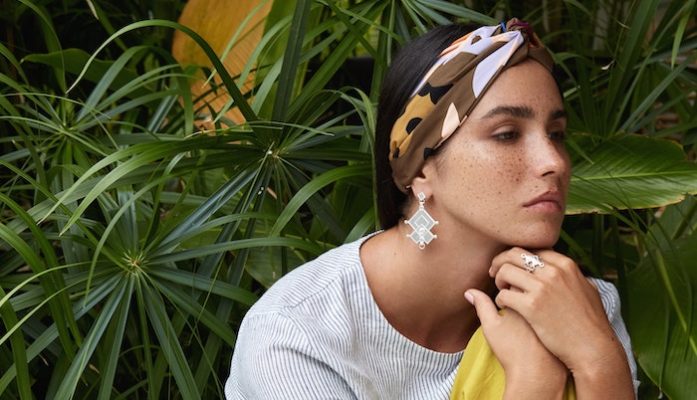 There are obvious signs he doesn’t see a future with you that you’d be delusional to ignore.

In an ideal world, every person we want to be with wants to be with us too.

Unfortunately, that’s not always the case.

If you’re worried that the person you’re dating doesn’t think your relationship has a future, there are some serious signs to look out for.

Here are the top signs he doesn’t see a future with you.

If he doesn’t see a future with you, he won’t treat you like there’s a future. Period.

That means your dates are spur of the moment and never planned. You’re most likely the one who always pokes to see if he wants to get together. He keeps dates and times ambiguous with you because he is waiting for something he wants more to come along.

This might make him sound like a callous dick, and that’s not always the case. Sometimes this behavior can be unconscious. But that doesn’t mean you should put up with it.

2. He won’t introduce you to his family.

You’ve been going out for nine months and his parents live in the same city.

Meeting his parents seems like a natural next step … to you. He, on the other hand, might not be actively keeping you from them, but it’s clearly not high on his list of priorities.

If a guy doesn’t see a future with you, then there is no reason to introduce you to his family.

Why should he go through the awkwardness and the nerves of introducing someone to his family with whom he has no real intention of going the distance with?

3. He doesn’t call you his girlfriend.

In the pantheon of things guys who don’t see a future with you say, “I’m just not that into labels” is easily number one.

But here’s the cold, hard truth: It isn’t labels he has a problem with, it’s you.

That sounds harsh, but better you realize it now and get out before more hurt comes your way.

If a guy really likes you and really sees a future with you, he’s going to jump at the chance to call you his girlfriend.

He’ll be proud to call you that.

My boyfriend is basically always one step away from tapping strangers on the arm and being like “this is my girlfriend.” That’s what you deserve, don’t settle for less.

4. He only wants to hang if you have sex.

Guys (even guys who aren’t serious about you) understand relationship math.

If he wants to continue having sex with you (and who wouldn’t? You’re hot!) he’s got to keep going out on dates with you.

If a guy isn’t serious about you, the idea of quickly grabbing dinner before you both go your separate ways for the night is absolutely out of the question.

If a guy sees a future with you, he’ll leap at any added time he gets with you. With or without the sex.

5. He won’t meet your friends.

A guy who doesn’t see a future with you will do his best not to meet the people in your life.

I was dating a man I was desperately in love with, and he never ever ever met my roommate and best friend. For all my best friend knew, I made him up.

Guys who aren’t into you aren’t total monsters. They know on some level what they are doing is wrong. That’s why they avoid meeting people who care about you. They just can’t handle the guilt, much in the same way they can’t handle the love you’re offering up.

I’m not talking about him being emotionally closed off, though there’s a good chance he might be that too.

I’m talking about returning calls or texts. It’s a no-go.

He’ll hear your voicemail or read your text and it’s a crapshoot as to whether or not he’ll get back to you in 10 minutes, 10 hours, or 10 days.

7. He keeps flaking on you.

You’ve had to reschedule a good amount of your dates — because he had something else going on.

He’s not trying to be a deliberate flake, you just aren’t high on his list. If you’re cool with that, cool.

But I for one think you happen to deserve someone who leaps up in the air when your phone number shows up on their screen.

8. He doesn’t ask you any questions about you.

Is he goo goo ga ga over you, or is he just obsessed with himself?

If your dates feel more like an interview — and you’re the talk show host — it’s a red flag.

A guy who sees a future with you is going to be committed to learning more about you.

9. He hits you up at odd hours of the night.

If the only times you receive a text to hang out is after 10 pm, it’s a sign he’s not in it for the long haul.

Nothing wrong with being a booty call, but you should at least be truthful with yourself about the situation at hand.

10. He forgets important details about your life.

You feel like you’ve told him about your gluten allergy thirty times.

Every time you tell him your dreams of becoming a sculptor, he asks surprised.

His forgetfulness might not be intentional, but lack of intent doesn’t make up for a lack of consideration.

11. You see him out and about with other women.

If you see him getting flirty with a girl at the bar, trust your gut. He’s trying to string you along.

Girl code is real. A man who tries to hit on your BFF is not a man to be trusted.

Friends are always off-limits. A guy who sees a future with you is going to be kind to your inner circle, not flirtatious.

13. He talks about how much he wants to be single.

Red flag alert! You know a guy is trying to get rid of you if he literally tells you he is.

Remember you should listen to people when they tell you who they are — with actions, not words.

Maybe he’s interested in a future, just not with you.

A guy who sees no future with you is going to still be hitting up his ex.

Sometimes people are friends with their ex, but there’s a difference between friendship and romance.

The writing with this one is usually on the wall.

15. He refuses to cuddle in the morning.

If you spend the night at his place, and he refuses you to touch you in the morning, that’s a sign he’s not interested in a future with you.

Clearly, he thinks of your more as a hookup.

Not everyone is pro-PDA, but if he’s interested in you he’ll give you some form of affection in public.

A guy who is serious about you wants to show you off to the world, not keep you secret from it.

When in doubt, trust the experts — your besties. If they feel like he’s bad news, listen.

18. You’ve heard through the grapevine that he’s a player.

Obviously, it’s good to take rumors with a grain of salt. But if you’ve heard through friends that he’s not to be trusted, trust it.

19. He refuses to talk about the future.

You’re an open, mature person. You’ve been dating long enough that talking about the future seems like the next logical step.

“When a man sees a future with you, he will talk about what he envisions,” says Law of Attraction expert Christy Witman. “If your man is not making reference to future trips, events, getting an animal, how he feels about marriage, children, etc. he is not thinking of a future with you.”

If you ask him about the future, you’ll discover that where he is concerned, there isn’t one.

I say ask him. Don’t hold back because you dread making him comfortable. Have the conversation. It’s normal and natural. Don’t let him make you feel like it isn’t.

Too many men ghost women rather than do the hard work of addressing their feelings. Don’t let him join their ranks.

Better to hear it from him than be left wondering forever.

Photo by Aramudi on Unsplash

12 Easy Steps To Improve Your Marriage In 12 Days

6 Reasons You Should Always Be Learning

For The Moments You Are In Desperate Need Of Motivation