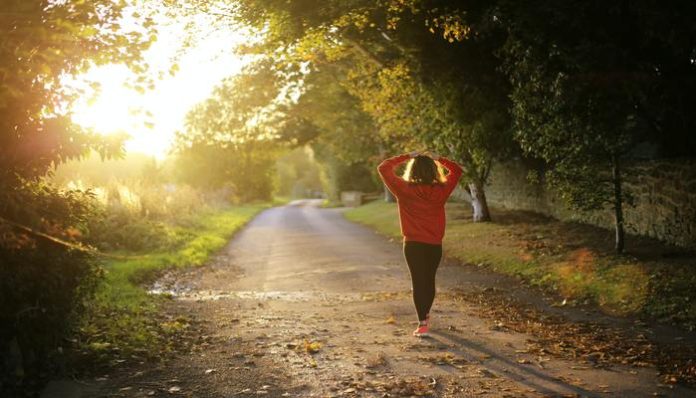 Texas has joined a list of 30 states considering bills to ban transgender girls from participating in sports that are consistent with their gender identity.

The proliferation of anti-trans sports laws pushed the NCAA to issue a statement expressing their support for the inclusion of transgender athletes in sports and warned lawmakers that their policies could result in a loss of championship events.

The debate itself has exposed just how misinformed lawmakers are about the reality of female sports and the role that transgender athletes play.

Hiding behind arguments about inequality in sports and a perceived advantage that transgender athletes have over cisgender competitors, Republicans have used these laws as a vehicle for transphobia.

Figures suggest that just 0.6% of adults and 0.7% of youths in the U.S. identify as transgender, yet Republican lawmakers have introduced more than 80 bills obstructing their lives in 2021 alone.

It’s been a record year for anti-trans laws.

Among these are multiple restrictions on the role of transgender athletes in high school sports. Even though, despite what lawmakers suggest, they pose no threat to equality in sport.

Much of the basis for banning transgender athletes in sports is based on perceptions about testosterone levels.

It is presumed, with no statistical evidence, that if transgender women have higher testosterone levels than their cisgender competitors, they will perform better.

We do know that men have, on average, a performance advantage of about 10% to 12% over women in athletics, which is often believed to be due to testosterone, but could also be explained by a variety of social factors.

For instance, men are encouraged to participate in sports more than women. They also have better access to funding and training.

In a 2017 study of cisgender women in sports found that higher levels of testosterone were directly associated with better performances in a limited number of sports categories: 400 meters, 800 meters, hammer throw, and pole vault.

Critics of this study claim the data collection methods and even some of the data itself is problematic, and have requested the study be retracted. Even those who have confidence in the study’s findings have critiqued the ways in which these findings have been applied to real-life athletes.

There is little to no scientific evidence that trans women athletes would have any advantage.

Andraya Yearwood and Terry Miller, two transgender athletes who have been successful in high school sprinting competitions in Connecticut have been a source of debate for anti-trans critics.

Back in 2020, the families of two of their cisgender competitors filed a lawsuit in the state to block trans athletes from competing in girl’s sports.

However, just two days after the case was filed, one of the girls filing the suit defeated Miller after citing her as an example of the perceived advantage transgender athletes have in competition.

Furthermore, when two dozen state lawmakers sponsoring anti-trans laws around the country were asked to provide local examples of transgender athletes outperforming cisgender competitors, none could offer a response.

All of the arguments against including transgender women in sports negate the many other disadvantages these athletes have to overcome in order to compete.

22% of trans women who were known to be trans in high school were harassed so badly they had to leave school. Another 10% were kicked out.

This added layer of struggle makes it difficult for trans teens to even continue their education, let alone compete at high levels on their schools’ sports teams.

Transgender youths face poverty and homelessness at disproportionately high rates, making it challenging or impossible for them to fund their training or purchase necessary equipment.

There are also countless genetic and social reasons that give cisgender athletes advantages. Adding transgender athletes to the mix will not drastically alter the playing field.

As Yearwood points out, “One high jumper could be taller and have longer legs than another, but the other could have perfect form, and then do better. One sprinter could have parents who spend so much money on personal training for their child, which in turn, would cause that child to run faster.”

Equality in sports has become a disguise for transphobia

Hiding behind unsubstantiated arguments about female equality and women’s rights in sports, Republican lawmakers and the conservative groups who support them have been using these laws to justify their fear of change and discrimination toward transgender people.

This is not a real issue impacting youth sports. This is a perceived threat to the restrictive norms that right-wing groups are clinging to as they attempt to exert control over spaces rapidly slipping from their grip.

While one can never compare different forms of oppression, as each different form of oppression is complex and multi-faceted, it’s helpful to rememberthat sports have always been a battleground for civil rights. For instance, Black athletes were once banned from the NFL and Major League Baseball, segregated to keep them away from white sports teams, and then subtly excluded through microaggressions.

These anti-trans bills reek of discrimination that has been repackaged and perched on a moral high ground, marketed as “equality” for female athletes.

Genetics do not define gender

There is no one way for women’s bodies to be. Many cisgender female athletes exhibit biological characteristics that may not align with things we typically consider to be female, but that doesn’t make them any less “female”.

Genetics are not rigid, they vary hugely from person to person and there are countless genetic variations that disrupt everything we think we know about gender.

The International Olympics Committee has been struggling with this for decades. In the 1960s they used invasive genitalia tests and DNA testing to check for the presence of a Y chromosome — which is traditionally considered to be “male” — these tests were found to be unreliable.

For instance, is not uncommon for those with XY chromosomes to have female characteristics or be unable to produce testosterone, a conditon called androgen insensitivity. Thus, chromosome testing is no basis for gender definitions.

Equally, naturally-occurring genetic recombination can transfer, for example, Y chromosome genes to X chromosomes, resulting in people with XX chromosomes who have what we would consider typically male characteristics.

What many consider to be scientific definitions of gender are actually just social norms and expectations applied to old information, when the science is constantly evolving. Despite what society has taught us, neither gender nor sex are binary — not even in the biological sense of these terms.

Once we remove the inaccurate gender definitions many rely on, the only thing we can really use to determine someone’s gender is the definition they use for themselves.

Why The Vision For Your Life Is More Important Than Your...