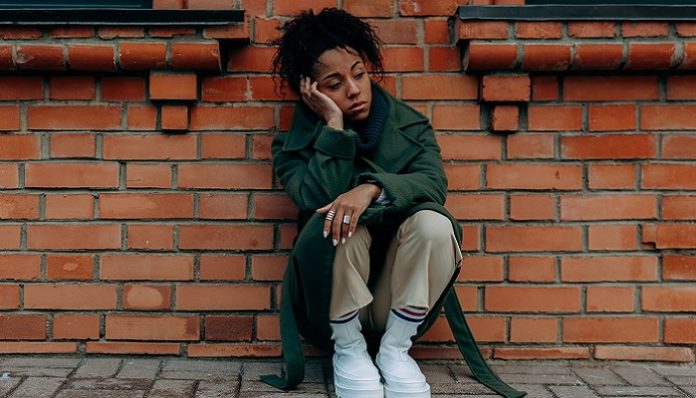 Racism and mental health are more closely connected than you might have initially thought.

It’s common knowledge that racism is a pervasive and cultural problem in society. Abuse from those who are here to serve and protect stems back more than 400 years. The impact racism has on the victim’s mental health is no surprise.

Anxiety, depression, post-traumatic stress, as well as suicidal ideation are all common repercussions of racism that the black community has felt for hundreds of years.

But what about the impact of racism on the racist? Have you ever stopped to think about how the racist’s mental health is impacted by their own prejudice and hateful attitudes?

Racism is defined as, “Prejudice, discrimination, or antagonism directed against someone of a different race based on the belief that one’s own race is superior.”

The repercussions of racism create a deep emotional disturbance for its recipients.

Anxiety comes from feeling out of control or unsafe.

A black man cannot simply leave his home to go for a run. A black person cannot go out to eat, drive their car, or even apply for jobs — things the majority population do without thinking twice about it.

For black Americans, there is risk and a real probability that they could face violence, discrimination, and microaggressions by simply walking outside of their home.

When assumptions are made about you merely based upon the color of your skin, you become a walking target. You can be on your best behavior and next thing you know, you’re being slammed to the ground and hands cuffed behind your back.

Would you feel safe and in control if this could happen to you at any time, or anywhere?

In addition, anxiety leads to avoiding certain places or people for fear of prejudice. This creates a sense of isolation and a lack of control over one’s own environment and choices.

If someone grows up learning that there’s something inherently wrong with them based on the color of their skin, it inevitably leads to feelings of helplessness, low self-esteem, isolation, and shame.

These feelings lead to depression.

It’s a daily battle the black American faces. Recent protests and marches are a way to take control and action, but have yet to be enough to shift the systemic racism that still pervades our culture.

When you feel helpless to enact change, you feel depressed.

Traumatic stress comes from racial battle fatigue, which is a chronic experience of racism or microaggressions. Microaggressions are unintentional or intentional subtle slights or digs that degrade people of color due to their race.

Days, months, years, and centuries of this treatment by the majority population create a consistent sense of fear, isolation, detachment, and shame that gets internalized, which can lead to violence.

The need to be vigilant about your surroundings and the constant “what if” is no different than a soldier being in battle every day. This perpetual need for survival is what creates traumatic stress.

When you feel powerless to change the system, when your sense of worth gets chipped away year after year, and when you see people dying around you because of the color of their skin, you’re left feeling hopeless.

And without hope or the resources to get help, dire consequences can happen.

Furthermore, people of color are not often encouraged to talk about their feelings. When you feel all hope is lost and isolated and alone, suicide gets contemplated and often acted upon.

Racism tragically impacts the mental health of the target.

So, how does racism also impact the mental health of the racist perpetrator?

There’s a fear of people who are different than yourself, especially when negative stereotypes are attributed to a group or individual, resulting in anxiety due to assumptions.

This anxiety can get debilitating at times and can limit your feelings of safety to go to certain neighborhoods, apply for certain jobs, or socialize with certain people. You become isolated and stuck in a state of unfounded fear.

In addition, there’s also a tendency to project what you don’t like about yourself onto others. When you do this, you’re rejecting parts of yourself.

This process stunts your own growth and development. Again, that can lead to isolation and feelings of depression or anxiety.

The superior belief and feeling one gets from categorizing another group as less than oneself creates great pride and selfishness.

Pride is damaging to the self, a self-consuming attitude that removes empathy and compassion from the humanity that exists around you.

The Bible says that “pride comes before the fall” (Proverbs 16:18), which can be traumatic or anything that hopefully creates a renewed sense of humility and love for human beings. The fall is meant to be painful to create change.

Carrying around hatred is probably the most damaging to one’s mental health. It’s poison to the soul.

We’re wired to be loving and to be loved. Hatred goes against our natural wiring and desire for connection. It also creates resentments that become cancer to relationships.

Think of a marriage where resentments exist between the couple. Those resentments usually overpower all the good in the relationship.

Hatred can and has led to violence. What we just witnessed as a nation between George Floyd and his killers is an example of how hatred leads to violence — unnecessary violence.

Fear, pride, hatred, and violence all have the same thing in common.

They dehumanize another person and an entire race. They suppress and oppress others like an I.V. of poison running through your veins.

Over time, that’s bound to affect your psychological health.

Martin Luther King, Jr. talks about the impact of hate: “Hate destroys the very structure of the personality of the hater… When you start hating anybody, it destroys the very center of your creative response to life and the universe; so, love everybody.”

Think about where you learned to put down another group of people or feel superior. People are not born hating. It is learned and reinforced in our homes and environments.

Look at your judgments toward yourself and others.

Are you possibly projecting what you don’t like about yourself onto a race of people? What are your judgments really based on? Release those and have compassion for people as human beings including yourself.

Practice empathy and step into a person of color’s shoes.

Forgiveness is key. If someone of color has hurt you, then address the hurt, but don’t generalize what happened to you onto an entire race.

After that, forgive yourself for carrying poison around, knowing it has hurt you and others.

Martin Luther King also said, “Love is the only force capable of transforming an enemy into a friend.”

Racism, in a nutshell, is hatred. It eats away at your soul and is cancer to love.

Hate is a burden that drowns you and is the antidote to nothing.

Hate breeds hate and love breeds love. How many hateful people do you like to be around?

If you’re carrying hate in your heart, it’s isolating you and leading to depression, anxiety, or other mental and physical health concerns.

Release your hate toward others and yourself. You may not even be aware of the micro-sized prejudices you carry. You might have said, “I’m not racist!” and in the next breath, refer to “Those people…”

Take an honest look at yourself. What have you and believed about different races?

Be aware of the negative impact it could be having on your mental health. There’s no way to be carrying around hatred toward anyone and be mentally OK.

Release and forgive and find healing within your own soul.

If enough people did this, you may see a change that can last where all people are equal and deserving of being treated like human beings.

The best thing for your mental health is to be driven by peace and love.

What It Really Means To Be Your Older Sister