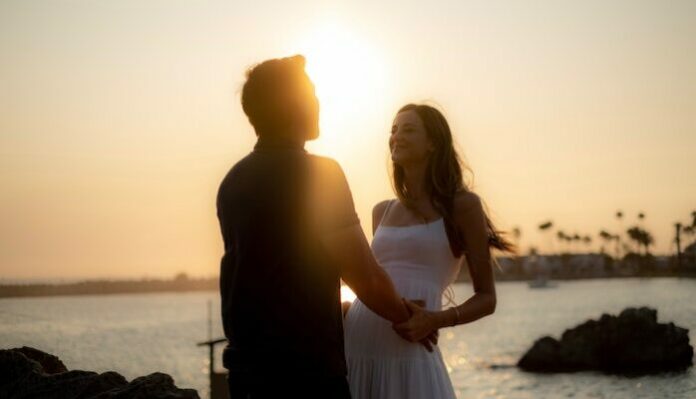 Hollywood tells us that love is everything, and that’s what should matter most in our lives. Every Hollywood romance is based on some grand, sweeping gesture of love that overcomes all obstacles. But in the real world, does love really conquer all? In Great Britain, we are a bit more pragmatic about love and its place in our lives. We don’t always believe that love should be the be-all and end-all, and we are more likely to think of it as something that should complement our lives rather than completely define them.

This is the Real World

Alas, in the real world, there are a lot of other factors that come into play when it comes to dating and relationships. It’s tough to believe that money is one of those factors, but it’s true.

In a study of single people, it was found that those who are wealthier have more dating options. Out of all the singles surveyed, those who made over $75,000 annually had an average of four dates per month, while those who made less than $25,000 annually had only an average of two dates per month. Additionally, the study found that wealthier individuals were more likely to go on dates that were organized or pre-planned, while those who made less money were more likely to just “wing it” when it came to their social lives.

Another indication of the connection between wealth and dating is that wealthier individuals are more likely to have dated multiple people simultaneously. In a survey of individuals in committed relationships, it was found that those who make more money are twice as likely to have dated two or more people at the same time as those who make less money.

Finally, the simple existence of something like sugar dating in London should be all the proof you need that money plays a role in relationships.

Why Do People Find Wealth Attractive?

So, why do people find wealth attractive? There are a few different theories.

One theory is that people associate wealth with success. And, since most people want to be successful in their lives, it makes sense that they would also want to date someone who has already achieved that level of success.

Some believe that wealth is associated with the ability to protect and provide. This theory suggests that people see wealthy individuals as being more capable of taking care of them and giving them the things they want in life.

Others believe that wealth simply makes people more attractive. This theory is based on the idea that we are attracted to things that are rare and valuable. And, since wealth is relatively rare, it falls into this category.

Finally, wealth might simply be a sign of competence, which is said to be an attractive quality in a partner. This theory suggests that we are attracted to people who are good at what they do, and that wealth is simply a manifestation of that competence.

How Does Money Impact Relationships?

While it’s clear that money plays a role in dating and relationships, it’s less clear how exactly it impacts those relationships.

Some believe that money can actually help to strengthen a relationship. This theory suggests that couples who have more money are able to buy things that make their lives easier, like nice vacations or new cars. Additionally, these couples may also be able to afford to live in nicer neighborhoods or go to better schools, which can create an overall better environment for raising children.

Others believe that money can actually have a negative impact on relationships. This theory suggests that couples who have more money are under more stress and that this stress can lead to conflict within the relationship. Additionally, these couples may also be more likely to experience jealousy or resentment towards each other.

So, what’s the truth? Unfortunately, there is no easy answer. It seems that whether or not money has a positive or negative impact on a relationship depends on the couple in question. Some couples are able to use money to their advantage and create a strong and healthy relationship, while others find that money only serves to create tension and conflict. Ultimately, it’s up to each individual couple to figure out how they want to handle the role of money in their relationship.

While the findings of this study may be disheartening to some, it’s important to remember that money isn’t everything. There are plenty of other factors that contribute to a happy and fulfilling relationship. Money may give you more dating options, but it doesn’t guarantee that you’ll find true love. So don’t despair if your bank balance isn’t as robust as you’d like it to be. Just focus on being the best you can be, and the right person will come along eventually.

Photo by Jeffrey Clayton on Unsplash

5 Things We Should All Ask Our Grandparents