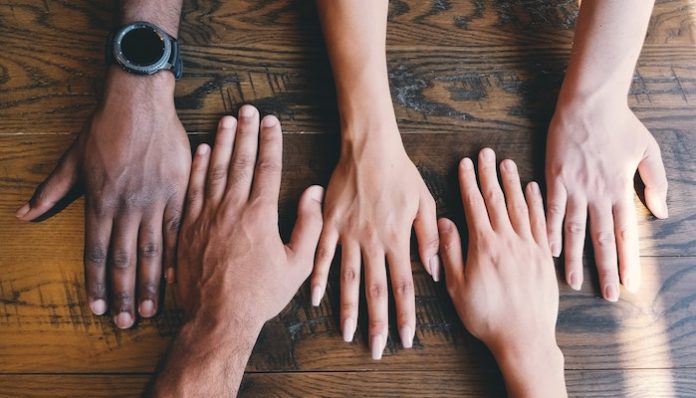 It’s always jarring to hear people who are not of color say: “I don’t see color,” or “We’re all one race — the human race.”

There is a level of ultimate privilege when someone can blindly turn the other cheek and ignore the obvious amount of racism that has plagued this entire world for far too long.

Especially if that person is white.

The truth of the matter: there is not one race. There is no such thing as seeing people without also seeing the color of their skin.

Being Black means walking down the street and immediately people noticing our skin color. There is no hiding from it, so when someone says they “don’t see color” it’s highly offensive because not only are you erasing our identity— but you’re also erasing the throngs of Black people who have been murdered because of their skin color.

How about acknowledging the fact that because of the color of my skin, you understand the disadvantages?

Removing race from your purview doesn’t suddenly eliminate acts of racism. It’s akin to turning a blind eye to the gender wage gap, or any other forms of gender discrimination.

Just because you pretend that an act of social injustice isn’t happening doesn’t magically make everything better.

By living under a cloud of ignorance, you’re no better than the oppressor.

Moving towards a post-racial society won’t start until we’ve all done the work — especially white people.

Black people didn’t build this system. We didn’t create the ideologies of race and we didn’t create issues of racism. Therefore, it’s not our job to fix this system, and it honestly feels like a slap in the face when hearing white people blatantly ignore problems that they’ve caused — even if unintentionally — for centuries.

There is no such thing as allyship that lies in ignorance and obliviousness. White people walking around blindly trying to see everyone as equal when we aren’t is a dangerous mindset to be in.

When white people say that they don’t see color and refuse to acknowledge their own privilege in this world, it’s the most silencing thing that can be done against any person of color — especially Black people.

Instead of trying to see all people of color as one, take the time to educate yourself on issues that we are facing.

Teach your children about race, talk to your family members about racial issues, call out racist acts when you see them happening and continue to uplift Black voices in all communities.

Photo by Clay Banks on Unsplash

20 Things You Haven’t Thanked Your Boyfriend For, But Should