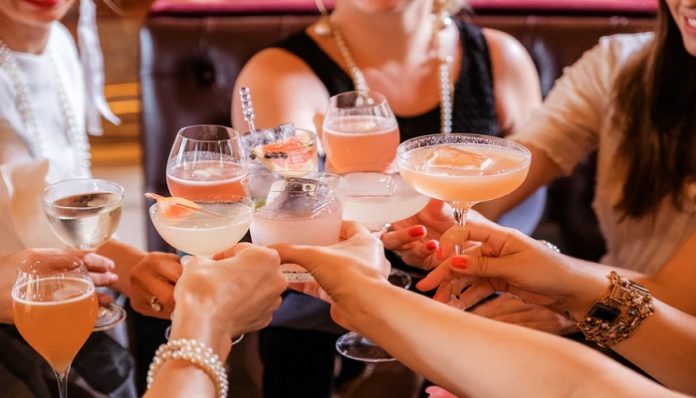 Summer is right around the corner. As the temperature starts to rise, our tastes turn to cool, crisp flavors. There’s nothing better than sipping a light, refreshing drink on a hot evening. Here are three must-try summer cocktails you’ll love drinking this season.

The best part is all three of these cocktails are made from ingredients you likely have on hand. Plus, they’re natural, containing no fake syrups or additives. After all, you want to feel good about what you’re drinking, right?

The clear liquors get a lot of attention during summer, but the brown ones can be just as refreshing! Take the classic Whiskey Smash, a 19th Century cousin to the Mint Julep.

Though the first record in a recipe book is from 1887, the Whiskey Smash was likely around for longer. Bartenders and at-home alcohol consumers had been making juleps since the 1700s, so fruit-and-whiskey drinks must not have been far behind. Plus, the Whiskey Sour was already famous when the Smash was introduced.

This drink gained popularity in the late 1980s and 1990s thanks to bartender Dale DeGroff. Also known as King Cocktail, he began serving Smashes at the Rainbow Room in New York. His version uses bourbon, as most recipes. However, you can also use rye or even Canadian whiskies for a delicious Smash.

The key to making this drink shine is a good muddler. You have to compress the lemon wedges to release the juices as well as the oils from the peel. This boosts the citrus flavor and provides a richer taste.

Then, put the rest of the ingredients in a shaker, including a few mint leaves (spearmint works nicely) for cooling notes. Bonus: No blending required with this cocktail! Shake it all up and double-strain it over squared-off ice cubes into a rocks glass. Garnish with a few more mint leaves and enjoy.

Serve this to whiskey lovers or even those who swear they’ll never touch the stuff. This delicious, flavorful cocktail will win over both.

We can’t have a list of summer cocktails without mentioning the mojito! It’s a classic Cuban cocktail that breathes new life into your summer days.

There’s a reason the mojito is a classic — it originated in the 16th century. It was initially named El Draque for Sir Francis Drake, an English captain and explorer who visited Havana, Cuba in 1586. Originally, the drink was made from aguardiente, a precursor to rum, with lime, mint, and sugar.

Histories say it was consumed for medicinal purposes, but we think it was just delicious (Not to mention the effects of alcohol!). When rum replaced aguardiente, the name was changed to “mojito.”

Traditionally (once rum became the go-to), the drink was made with unaged white rum, giving it a light and crisp flavor. The other ingredients — lime, mint, and sugar — are all indigenous to Cuba, which makes sense. Try using a Cuban rum to score bonus points!

Plus, this cocktail comes with a bit of literary history attached. It’s rumored to have been one of Ernest Hemingway’s favorites. It’s said that he drank them regularly at the Havana bar, La Bodeguita del Medio.

The key is in the muddling. Muddling the mint leaves before mixing everything together is absolutely worth the effort. It adds a boost of refreshment you won’t get if you just toss whole leaves in the glass.

Muddle the leaves along with the simple syrup inside the shaker. Then add the rum and lime juice, and give it a quick shake. Strain it into a highball glass over fresh ice and top with club soda. Finish with the garnishes, and you’re ready to sip!

This after-work cocktail is a longstanding Italian tradition. Recently, it’s been gaining popularity in the US and elsewhere because it’s so easy to make (and easy to drink).

An aperitivo is a beverage meant to be consumed before dinner; you might say its purpose is to whet your appetite. This particular aperitivo was created in 1919. It’s bittersweet flavor and botanical notes mean it’s easy to help yourself to a second glass.

This bubbly, delicious cocktail is a fairly recent addition to American bars and homes. It only began gaining popularity here in the 2010s, as alcohol consumers became more familiar with the concept of aperitivos. Today, it’s a staple at most cocktail bars, restaurants, and brunch offerings.

Aperol is an Italian bitter. Pair it with a glass of bubbly wine and sparkling water to make the Aperol Spritz. You can technically use any sparkling wine, but a true Aperol Spritz requires Italian bubbly. Choose one with your preferred sweetness level, make yourself a drink before dinner, and relax.

This is hands-down one of the easiest cocktails to make. You simply combine the three ingredients in a wine glass with ice, give it a quick stir, and put your orange slice in the glass or on the rim. That’s it!

Then all you have to do is enjoy the drink’s complex flavor and beautiful coloring. It’s perfect for at-home consumption, makes an effortless wedding drink, and can impress at dinner parties. Really, this cocktail can do it all.

Try these three cocktails when the temperatures rise and you need something to cool you down. You won’t be disappointed!