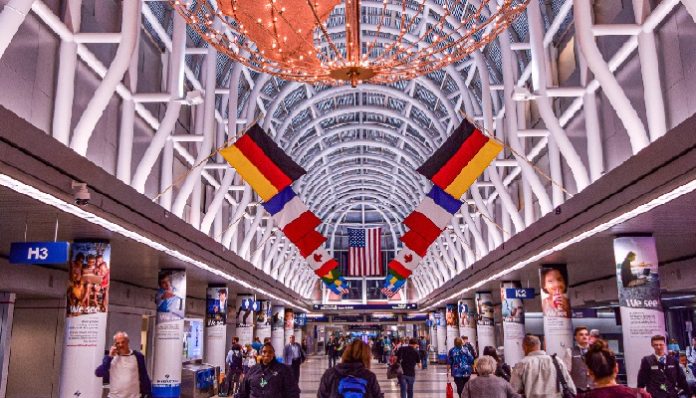 Before I get into my experience of being classified as a Third Culture Kid (TCK) or a Third Culture Individual (TCI), I will explain its meaning. It’s a category that defines the development and psychology of a particular kind of individual. A Third Culture Kid is a child raised in a country/culture other than that of their parents. For example, if you have an American parent and a Japanese parent, but your upbringing was in Russia, you would be classified as a TCK. This informs and shapes a child’s worldview and leads to an exciting psychological development.

Most TCKs are children of diplomats or expats. Usually, one or both parents are working for a company that requires them to move worldwide. And while it’s not every TCK’s experience, most grow up in the international school circuit. I’m a TCK. My Dad is American, and my Mom is Belgian, but I was born in London, along with my two siblings. I lived in London till I was seven, moved to the States for a bit, and then lived in Belgium for seven years when my Dad got a job at an international school. That was also the school I was attending.

It was an exciting experience. I became a super adaptable kid. The first time I moved across the ocean, I was seven. And then again when I was ten. Then, a third time, I was 18 when I moved to Philadelphia for college. Moving has never scared me. I’ve always known that if anything happened, I could pick everything up and leave.

Even though I made friends, I was never close with any of them. Or rather, it was a different kind of closeness.

I could become attached to someone in terms of friendship but be alright once they moved. I knew that if I ever did talk to them again, it would be like picking up right where we left off. People moved a lot around me. So I was familiar with it, and it didn’t affect me as much.

There were over 60 different nationalities represented at my school. I interacted with tons of different cultures daily. What’s more, we had a day in October called ‘International Day.’ There would be a parade, one during the day and one at night. Most kids participated in both parades, marching for a different country depending on their parents or where they felt more at home. After the evening parade — which parents were part of — the entire gym would be filled with booths, representing one country and serving their native foods. It was one of my favorite days.

My upbringing meant that not only did I become highly adaptable, but I also became sensitive to other cultures. I love to learn about them, and I’ve become quite accustomed to them. Nothing seems foreign anymore because I was exposed to a lot of them at a young age. As you can see, I got many benefits and privileges from growing up the way I did. However, it’s not all sunshine and rainbows.

While I seem incredibly open and have an easy time making friends, I always feel a bit guilty or like a fraud.

There is always a voice in the back of my mind saying, “I could leave right now. And probably not even be that sad for very long.” I let people in, sure, and I have friends. But I don’t form attachments the way others do. In fact, I can very easily detach.

I also have this crazy urge to leave all the time. I’ve been living in Philadelphia for five years now. But I remember the day after I graduated college, all I wanted to do was pack everything and move to a new place. I wanted to start the next phase of my life. Whenever I have a bad day at work, I always think, “Well, I could just leave.” It’s tough for me to put down roots.

Sometimes I also don’t feel like I belong anywhere. I’m too American for the Europeans, but I’m too European for the Americans.

I have qualities of both cultures that I love and adopt. And then there are qualities that I reject from both. And yes, I do enjoy that I have a bit of everything. However, when I’m in the phase of getting to know someone new, I never know what to answer for the dreaded questions of “So, where are you from?” Most often, I say that I’m from Europe. I’m never too specific either, as I’ve spent more years combined over there than I did in the States.

I can’t speak for every Third Culture Kid, of course. This is just my experience and the lens through which I see the world. But what I do know, from talking to high school friends who are all TCKs, a lot of these psychological traits are present in us all. Most TCKs share the feelings of displacement and the sensitivity to other cultures. And while there are some weird things we have to navigate, I wouldn’t change how I was raised for the entire world. It made me the person I am today, and to be fully honest, the benefits outweigh the not-so-nice things, even though it doesn’t always feel like it.

What I can say, though, without a doubt, is that being a TCK may make you a little more complicated. But in the end, we are sensitive to others and generally kind, which we always need more in the world.