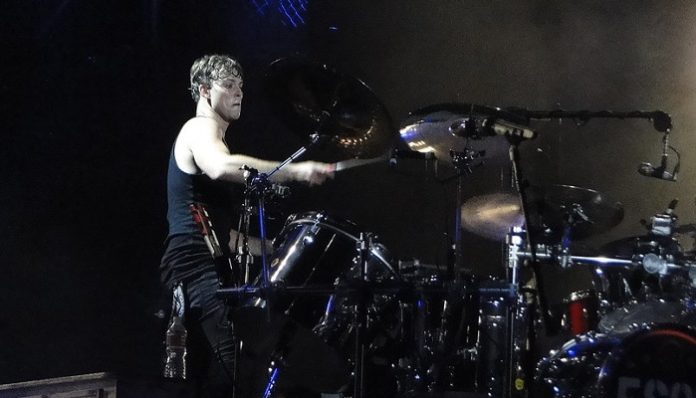 One thing almost every girl can say is that they’ve had the fantasy of dating a musician. Most girls go for the singers and the guitar players. But no one ever goes for the drummer! And for the few who do, there are a few things to know, besides the fact that they’re extremely underestimated by everyone else and often the butt of every music joke. Here are things to know about dating drummers:

1. They have a unique personality with the moves to match

Not all drummers are the crazy and over the top personalities and ego’s you’d expect them to have. They are usually the quiet ones who sit back and watch everyone be the idiots. But if you catch them having a good time, you’ll see just how spunky they can be. Drummers are often the one’s on stage who do the funniest faces with their tongues out, and they’ll sure to impress you with their drum stick twirling abilities.

Due to the intense physical activity of drumming they do suffer from very stiff muscles. So you know what that means… A lot of massages!

And I’m not just talking about on stage! They’re used to having to know when to take the lead on stage, and same goes for the dating scene. They’re easy-going, but don’t be fooled. They take charge 9/10.

4. Don’t make fun of their vehicle

Whatever you do, for the love of God don’t make fun of their vehicle! That’s literally where they spend most of their time between traveling between shows. A lot of road trips mean a lot of memories, so don’t judge the mess or the quality of the car.

5. They can keep any tempo

If you want them to go fast, or slow, they can do it all. And I’m not talking about on the drum set. They have amazing stamina and can go for hours and hours and hours…

6. Don’t expect a drum stick being thrown your way

If you’re  being a groupie for the night and cheering your man on at a show, don’t expect to get a special gift from the stage. In most bars it’s actually frowned upon to throw a drumstick into the crowd due to safety concerns! Depressing right? But don’t worry, if you’re at a festival outside, your chances greatly increase.

Because they are so busy trying to coordinate shows and rehearsals with their respected artists, the date night you could have had planned for months can easily be cancelled on just days before. Finding work for them can be hard and when the opportunity comes up, they have no choice but to take it.

8. Dating can be hard for them too

They already know that dating them can be extremely hard. They have a backwards schedule compared to you, they get little to no sleep every single weekend, and their free time is very limited. They’re used to getting rejected by women because they can’t always fulfill their needs, so they too have had a horrible dating life.

9. They do get temptations

Let’s be honest, if you’re dating a drummer they’ve probably signed a pair of boobs at one point in your relationship. They may love you dearly but sometimes they have to put on their rock star pants and play the part for the sake of the band or their own reputation. Popularity helps in their industry…

Drummers are known for their impressive coordination and intense finger control techniques. But nothing beats when they get to go nuts and bang the shit out of the… you know what I mean. But don’t worry, they’ll always handle your crash cymbal with care, and they know how to master the ride cymbal to perfection.

No matter how many times you see him, they’ll always leave you cheering for an encore! There’s something about their lovable charm and the killer sexy way about him that always leaves you begging for more. They know they’ll have you from the moment they say, “I’m a musician”, and in just a few short weeks you’ll become their number one fan.