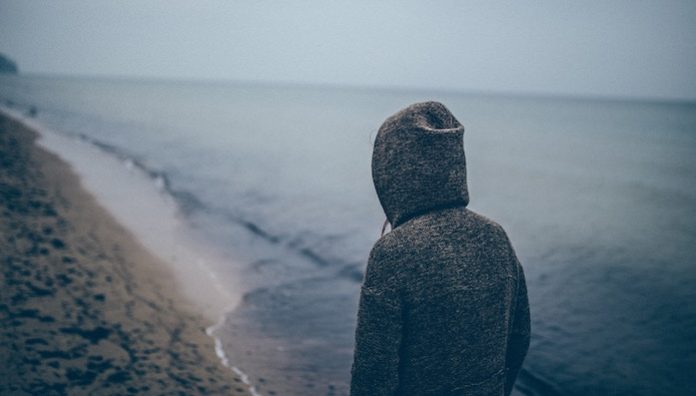 Watching a loved one spiral is a lot like watching a catastrophic car crash but losing all of your senses, rendering you helpless.

I want you to feel better. I want you to be OK. But, you’ve gone so far past the point of being human that you’re living in a shell of yourself. It happens slowly, but also all at once. You’re not even on the same wavelength to realize all the destruction you’re causing. You want to feel better, but you’re self-medicating to feel less.

Over and over, we’ve  had the same talks that turned into heated discussions that eventually turned into screaming matches, only to end in avoidance and silence. We repeat the cycle because it’s what we’ve become accustomed to. It goes beyond reckless fun. It’s endangerment.

For anyone who’s watching someone spiral, you need to know that it’s not your fault. It’s not because your voice isn’t loud enough; it’s because your voice is not part of the noise your loved one has become addicted to. They’ve found a new soundtrack to score their lives.

Every time they act out, you’ll think you’ve had enough, but then, you realize that inside them, there’s a person you used to know who bleeds the same blood you share. Suddenly, it’s not such an easy dismissal.

You’ll have a lot of residual guilt because every possible “what if?” scenario will run through your head. Your thoughts are like rubber bands because no matter how much resistance you face, there’s a sweet comfort in knowing your relationship is not going to snap. But, with every new incident, we come closer to snapping, and yet, we don’t.

We don’t snap because we’re stronger then we let on. We don’t snap because watching someone we love spiral into a deep abyss of nothingness isn’t something we can easily recover from, the same way recovery isn’t easy our loved ones. Watching someone you love spiral is a long, hard road. If you’re watching someone spiral, please know that it’s not your fault. You don’t need to suffer in silence, reach out. People who are spiraling tend to latch onto others they can manipulate, so hold your own. You don’t need to carry someone else’s burden on your shoulders. If you decide to act, then do so rationally and with purpose. Don’t act on the impulse of your emotions because it will cloud your judgement. You can be empathetic without enabling. It’s a fine balance. You’re allowed to withdraw yourself from the situation if it becomes too much. Even, if it means watching from the distance and hoping they find the healing they need. Don’t let it consume your being, because then you will spiral too.