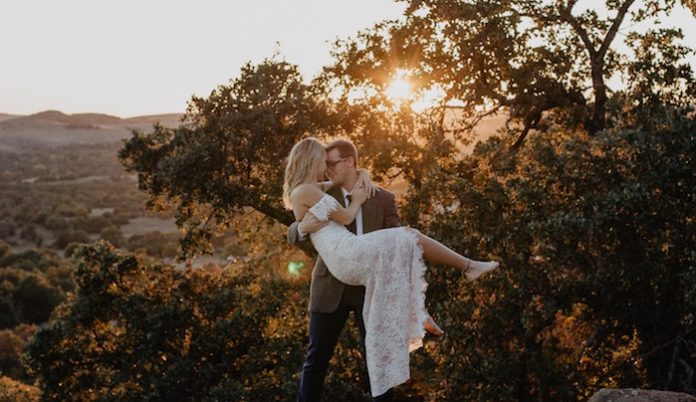 Once you’ve been in a relationship for almost a decade, some of the romance inevitably fades away. The honeymoon phase can’t last forever. You figure out you both have basic human needs like fueling your bodies and evacuating your bowels.

As a woman with inflammatory bowel disease, I’ve used the restroom at least three times as often as my partner has in the span of our relationship. He has accompanied me to many doctor’s appointments where I have had to discuss my bowel movements. And somehow he still insists I’m sexy. Sometimes I need a little extra reassurance, though. And for the most part, he has no problem giving me that, even when I’m sobbing about how gross my poop is. “So?! Everyone’s poop is gross, it’s poop!” He’ll reassure me.

Chronic illness can put things into perspective. And I have to tell you – there’s nothing more romantic than a man who will hold your hand at the hospital all night.

There’s nothing cuter than how wide his eyes get when he asks if he can do anything to help me feel better. Just being there is enough. He lets me squeeze his hand with all my strength when they place an IV or draw blood. I must not be as strong as I think, because I sometimes fear I’ve broken his fingers, but he’s always just fine.

Marry the man who will clean the toilet for you. I know it doesn’t sound like it, but after over nine years, that is some sexy, downright chivalrous behavior. And speaking of chivalry, holding the door open still counts too! Sometimes, he’ll let out an exasperated sigh if I open my car door before he has a chance to open it for me. Aw, so cute!

I remember I used to be so embarrassed to be dating with ulcerative colitis. Real love is messy and can even be gross, but that’s how you know it’s real. Periods and poop won’t scare away the right guy.

He may be a little embarrassed at first, but if you offer an apology and he assures you that it’s ok, he just may be worth keeping around. It’s not pretty, but neither is aging. My dad took care of my mom after her hysterectomy, and my mom nursed my dad to his death. That’s how I knew what love was.

Hopefully, that’s a long way off for all of us, but there are lots of hints along the way that your partner truly cares for you and only wants you comfortable. Even if it’s mortifying, pay attention to those signs. Love is helping someone go to the bathroom simply because you would do anything for that person. Marry the person who will always be there to hold your hair back, should you ever succumb to a stomach flu, or maybe just a little too much wine. Chivalry is not dead, it just looks a little different in the 21st century.

Photo by Lauren Rader on Unsplash

How Staying In A Job You Hate Is Ruining Your Life