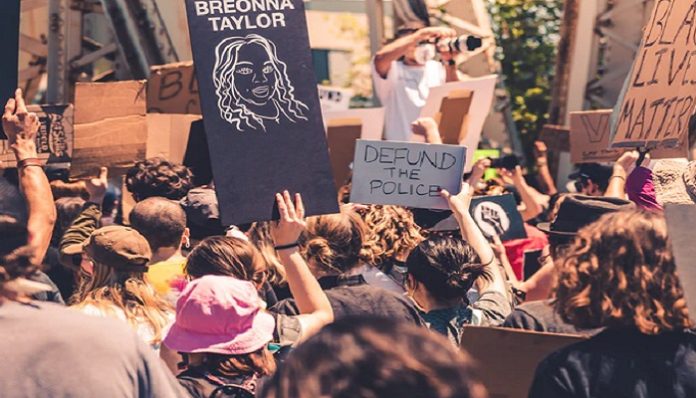 Donald Trump’s second impeachment has brought to light the Capitol attack from January, which is still fresh in our minds. A sense of disbelief about the attempted insurrection is still around us — from politicians on both sides through journalists to everyday people. I can’t help, though, but feel like the Capitol attack was inevitable. Mostly due to the past four years and our American history.

It’s important to note that the Capitol attack was nothing new. Trump’s election and the administration’s subsequent bigoted ideology — racism, misogyny, transphobia, homophobia, Islamaphobia, and more — was nothing new. It had been building up for years, even before he became president. Trump’s ideology is simply a part of American ideology that we pretended never existed until his presidency. However, it has always been here. And that’s because America’s always experienced division.

America has been divided since white people colonized this land.

Subsequently, they murdered indigenous folks, forced them off their lands through actions like the Indian Removal Act, destroyed their culture, and forced Eurocentric assimilation on them and their homeland. These days, America continues to blatantly ignore or oppress them through indigenous erasure. It makes sure Indigenous Americans either disappear from the face of the earth or remain as disenfranchised as possible.

America has been divided since the Trans Atlantic Slave Trade stole millions of native Africans.

This trade took them from their lands and forced them into slavery, genocide, and overall dehumanization as a people. It hasn’t ended then, though. More recently, police brutality and a racist criminal justice system that strives to put as many Black bodies in prison as possible now that slavery is officially “illegal” are both persistent.

America has been divided since we implemented the Chinese Exclusion Act.

Since we decided to make immigration policies that favor white, wealthy, Western individuals and make it harder for everyone else to get into the country, we saw the division. Now, we have even resorted to the violence of ICE and forcing human beings into cages and stealing them from their loved ones.

America has been divided since the Stonewall uprising and beforehand.

We continue to implement policies that dehumanize the queer community, erase and murder the trans community in particular. What’s more, we deny basic healthcare and human rights to those who are not cisgender or heterosexual. The fact that our government didn’t legalize “same-sex marriage” until 2015 only scratches the surface when it comes to the ways that the queer community has and continues to experience hate and erasure from the American narrative.

The American division is everpresent. Time and time again, we continue to favor certain people — middle-class and wealthy, white, Christian, male, cisgender, heterosexual. The list goes on. If you don’t check all of those boxes, you will experience discrimination one way or another. Only privileged people enjoy the rights and freedoms that America claims to offer to everyone.

It has always been this way. The Constitution of the United States didn’t include enslaved Black people when they spoke of Americans’ freedoms because Americans didn’t consider enslaved Black individuals people back then. Talk of religious freedom only extends to Christians. Through that, the creation of America benefits certain people only, regardless of any other claims. The great American Dream is a myth that those in power perpetuate. It doesn’t apply to the everyday person. Instead, it only applies to a small, elite group that continues to gain control while the rest of the population suffers.

America has been divided since the day America was born.

What we see now is simply an explosion resulting from the culmination of hatred, bigotry, and violence that has been going on for decades. This version of America is the most familiar one for most marginalized folks. We knew this then, and we know this now. Many of us pointed to the dangers of Trump’s presidency when he was first elected. We’ve all seen how he encouraged bigotry aggressively through his viewpoints, policies, and words. But it seemed to have taken an attempted coup d’état for the rest of the country to wake up to this reality.

And perhaps we’ve all finally woken up. Perhaps this attack has shone a light on the dangerous forms of hatred we’ve perpetuated in this country. Perhaps President Joe Biden’s election shows that people have realized the severe condition our country has been in for decades. And perhaps we’ll do better and use this wake-up call that we desperately need to make our country and the world a more united, better place.