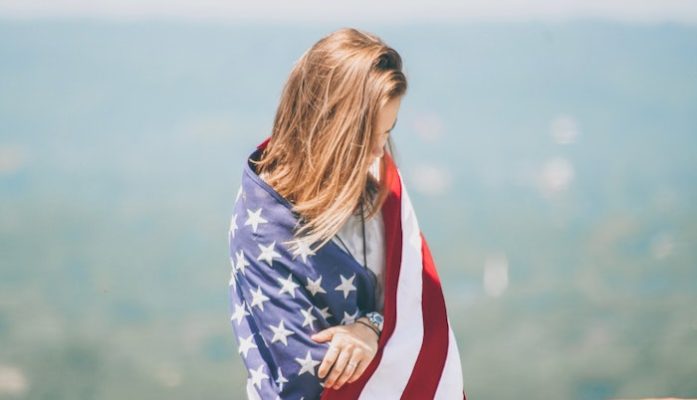 In elementary school, we started our days by placing  our hands on our hearts and pledging our allegiance to our homeland. At sporting events, the playing of the nation’s anthem precedes anyone playing ball. Every summer we enjoy long weekends to celebrate the birth of our country, the very root of our independence. We were taught to love the United States, and to cherish all the stars and stripes stand for.

At its core, I do love my country. I’m grateful to be free because of the sacrifices of those that came before me. I believe that there are good cops, I also know that there are crooked officers who abuse their authority. We’ve made baby steps towards progressive equality, but I also see how we desperately need growth and acceptance. I do believe that there are some politicians out there that seek positive change, not extra lining to their own pockets. However, that hope grows dimmer by the day. 2020 wasn’t the origin of the disparity, it was merely a wake-up call. The injustices of the American system far proceed the last 365 days. All in all, to say I’m disappointed with the current state of the U.S. is putting it gently.

I currently live in Japan. From the outside looking in, it’s painfully evident to see the cracks in the foundation. I was blinded and biased by my own privilege. I felt that the U.S. could do no wrong. That leaders weren’t seeking their own gain with every move they made.

It’s disheartening to see a society so fractured. Neighbors are divided to the greatest of extremes. I know we can be better than this. As far as developed first world countries go, the U.S. has no excuse to not be at the top of the list. Unfortunately, this definitely isn’t the case. If there was a hospital strictly for developed nations, the U.S. would be bleeding out in some resuscitation bay in the back of the emergency room hooked up to life support. Even if the country survived, they’d be nailed with a $5,000 bill just for the ambulance ride alone.

At what point do we all collectively decide to lay down our pride and come together to solve basic humanitarian issues? The state of the U.S. has far exceeded the lines of political opinions. It’s literally costing human lives. There have been casualties from all viewpoints. And for what? No positive changes have come as a direct result of the lives lost. Racial injustice. COVID. A broken health care system. Gender inequality. The poverty crisis. Where does it end? How much more can the country endure before the people decide enough is enough? What else is  needed for American citizens to put aside their differences and unite to demand more from our leaders?

Frankly, I’m sick of American politics. The current platform seems less based on checks and balances and more rooted in who can have the loudest voice in the room. Both sides go at one another like kindergartners fighting over a swing on the playground. Grown adults voted into office, whose jobs are to better the lives of their constituents, can’t put their egos and agendas to rest long enough to pass impactful legislation. I understand that there are no perfect answers. I know there aren’t enough blanket responses to solve all of the problems we’re facing. But any inkling of progress would be better than this stagnant disaster of a government we’ve been presented with.

When I think of the country my children will grow up in, it hurts my heart to know that they may never know true justice and equality for all. I can only hope that the generation we raise turns out to be incredibly sympathetic and kind. I pray that my kids grow up knowing to treat others with kindness and respect regardless of how they look, what they believe, or who they love. That maybe my children and their peers can help turn the tide of this country. Somewhere inside of me, there’s a glimmer of hope that one day America won’t be held together with Scotch tape and glue. Until that day comes, all I can do is hopefully use my voice in a positive and meaningful way. America isn’t great, it’s incredibly broken. However, I’m optimistic that one day it will be.

Photo by Dan Russo on Unsplash

Being Scared Isn’t A Good Enough Reason To Be Alone