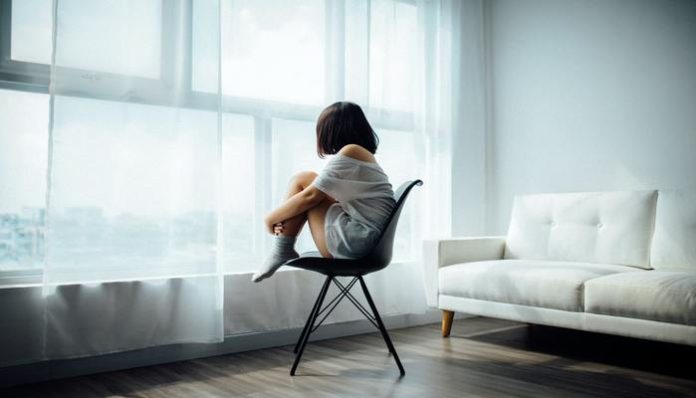 A sad story is currently making the rounds on the web about body shaming kids, and it’s one I can’t ignore.

A mom posted a photo of her 4-year-old daughter in a swimming suit to a forum called Mumsnet. Why? She wanted to know if her daughter looked fat.

Apparently, her own mother had said her daughter could do with “less sugar,” and it upset this mom to think that her 4-year-old daughter might not be passing muster in the looks department. So, she outsourced the problem to the internet where folks are always happy to help you figure out if the way you look is good enough or not.

I am not including that photo here, because that is literally the least I can do. So, I have written this mom an open letter, and I’d like to share it with you.

You posted a picture of your daughter in a swimming suit online. You cut off her head to protect her identity, but, in actuality, you did not protect her at all.

Years from now she will have this story and this image emblazoned in her mind as the moment she learned that her body was always going to be weighed and measured and found wanting by everyone:

And that includes her mother.

You carried that little girl’s body inside of you for 9 months.

Even now that she’s making her own life outside of you, you probably feel a connection to her that is so powerful and raw that you ache to ever think of her hurting.

So why do this? Why hurt her like this?

Her mom telling her to smile for the camera is something that probably makes her feel happy and proud.

She is growing and changing every day, from what you’ve said, she’s an energetic girl who loves swimming.

She probably saw that camera come out and was so happy to have a chance to be captured by someone she loves doing something she loves.

What you did is so much worse than a thoughtless comment from her grandmother could ever be.

Was it good of her grandmother to make a comment about her diet? Absolutely not. But that’s where it should have ended.

You daughter looks to you to learn how to be, so be a good example.

If this is how you’re treating your daughter now, how are you going to behave when puberty strikes, when she gets hips and breasts and zits, and when she gets gawky and clumsy and awkward?

What are you going to do if she doesn’t want to wear makeup?If sheshe sleeps with her hair wet? If she doesn’t have a boyfriend?

You are responsible not just for your daughter’s health, but for supporting her developing sense of self, her confidence.

You are so dangerously close to screwing up the most important thing you’ll ever do for another person.

From the age of 9 onwards I have been aware of my weight. I had an anorexic pediatrician who lived and died by the BMI, and mine wasn’t what it should have been.

Add to this equation a mother who had struggled with her own weight her entire life and the cycle of yo-yo dieting, self-loathing, and shame began anew.

I was counting calories in middle school. Getting up early to go on jogs before the sun was up before the school bus came.

I know what it’s like to look at your body from a young age and know that it’s wrong. If you were honest with yourself, you do, too.

You have a chance now to make sure that the cycle ends and that your daughter is different from her grandmother, from you, from every single person on that forum, and from me.

The next time you feel worried about your 4-year-old daughter’s weight, take a photograph with her smiling face in it and not just her baby torso.