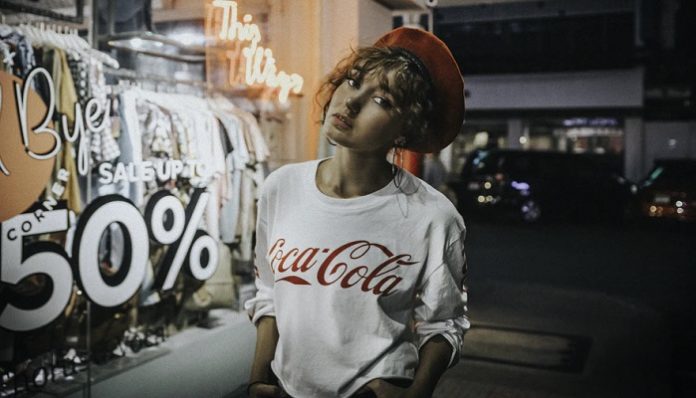 It’s an unfortunate commonality that “used” has become an adjective to describe how people are treated. To feel kinship with an object is to find familiarity in fragmented dislocation from oneself. People use people like they use t-shirts. The cruel cycle of new, worn, old, and waste too often describes the relationship among friends or lovers. Like the fabric once stitched in confidence, we too decay with neglect – memories can only sustain us for so long. Here is a free-verse poem, “Favorite T-Shirt,” that captures that feeling of being an old, forgotten shirt.

I have often felt like your old favorite t-shirt.The first time you saw me,you fixated on the fabric,forgetting the foundation figuring each thread together.I was your favorite.Then, you looked at the price tag

and was disappointed that my value was morethan you could afford,so you tossed me back onto the pile.But, you don’t buy what you can afford,you buy what you wantand equate worth with cost,so you folded meand placed me in plastic.I became part of your life.I became your new favorite t-shirt.You and I stitched together at the seam –  I was your first choice.Every time you stayed up late

stressing over stressless problemsand wondering where your life would go,I was there.I spent days of your life with you, beside you,hoping that I would always be your favorite.But you became forgetful,and soon, our always becamesometimes.You hung me up next to thingsYou used to love,Things you said used to be your favorite.I was between things that were falling apart,And others that were never given a chance,Hanging next to shirts with holes,And ones with price tags.I was shoved between the past, andNever will-be’sDrowning in a claustrophobia,And waiting for the door to open.I am hidden away waiting for you to let me out.But you don’t.I knew I became as washed up as your washed-out jeanswhen you stopped hanging me upand started folding me in a drawer.I became your second option.And then I became your last.I started stretching holes in myselfhoping you would see just how much I was falling apart,how much I needed you to save me and fix me,how much I missed you.But, as days turned into dust,and weeks turned into webs,I lost hope in you.Some days, you would bring me out.You would look at me with those same eyes you didthe first time you looked at me in the store.You knew you could turn to me because I was always there for you.But, I knew it was only because nothing else was clean,or you were tired of what compressed your bodyfor the world to see.

I was the memory you brought out whenyou couldn’t remember your Friday night.But, I knew I was never your favorite t-shirt. I was always just an option.

We all have one. That one person, or maybe a crowd of people, that have once hung new in our closets only to become the ones we leave behind for others. Or maybe we have been that shirt, the one forgotten, folded in the drawer like forbidden fruit. I hope that you find someone who acknowledges that worth isn’t susceptible to time. And I hope you always remember that you are special, and you are forever a favorite, not optional, t-shirt.