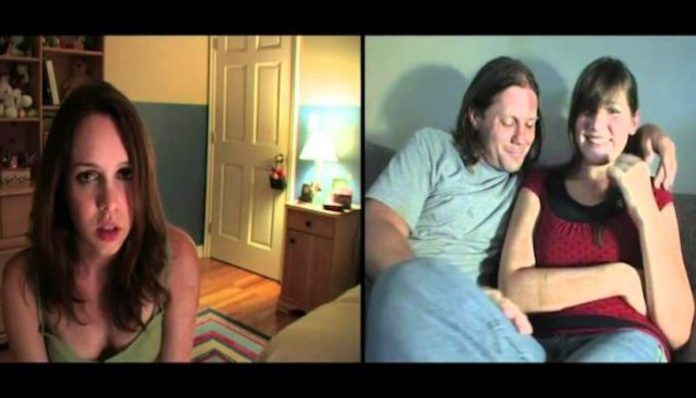 If you’ve been on TikTok at all during the past few weeks, you may have seen videos with #MeganIsMissing filling up your “For You” page. The trend involves users reacting to a found-footage film about two teenage girls who are abducted by a man they met in an online chat room. Megan Is Missing has generated such a buzz that I wanted to see just how disturbing it really is.

To put it as nicely as possible, Megan Is Missing is ultimately unworthy of your time and attention. To be blunt, it is a pathetic, disgusting, pointless piece of exploitation. Furthermore, here are three reasons why it just isn’t worth watching:

1. It’s not disturbing or scary.

The TikTok hype around Megan Is Missing may lead you to believe that the film is too disturbing to watch. It is disturbing, but only in the sense that it makes you want to gouge your eyeballs out. The majority of the film focuses on camcorder diaries and pre-iPhone FaceTime conversations from the protagonists of the film. In these sequences, there’s little to no buildup to the more graphic scenes that follow. It’s as if the film assumes that you already anticipate something violent to happen, so it dodges any sense of cinematic intrigue just for the sake of realism.

2. The acting and dialogue is horrendous.

Right from the start, it’s clear that the cast are amateur actors working with a laughably obvious script. The female characters in particular throw the words “bitch” and “slut” around every few seconds. They also speak in painfully generic high school jargon that sounds like a 6th grader wrote it. There’s also a block of news channel footage in the middle of the film, and it’s truly cringeworthy.

3. The depictions of sex and violence involving teenage girls is gratuitous and indefensible.

If you’re still somewhat curious about why a film like Megan Is Missing could generate such buzz, I encourage you to look elsewhere for dark, upsetting movies that are more deserving of your attention. If you want to be shocked by a real-life tragedy, watch Dear Zachary. Looking for a fake documentary about kidnapping and torture that’s actually well-made and engaging? The Poughkeepsie Tapes should be right up your alley. In regards to teenage girls suffering traumatic experiences, Twin Peaks: Fire Walk With Me is by far the most sensitive and beautifully-made film about the subject. If you love crime, drama, and horror, there are plenty of other incredible, non-objectifying films that should pique your interest. Just don’t watch Megan Is Missing.

Screengrab via Megan Is Missing trailer.