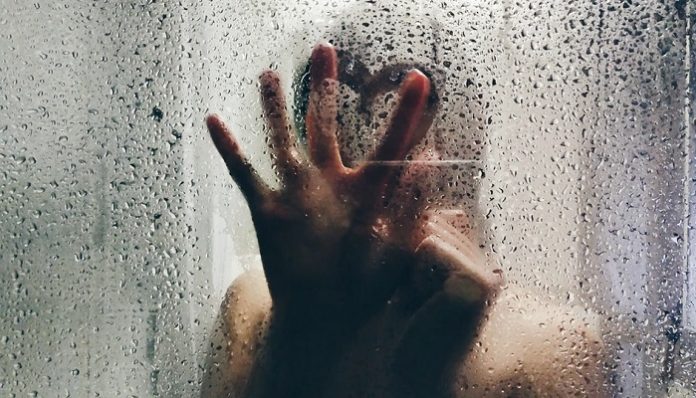 TRIGGER WARNING: This article or section, or pages it links to, contains information about sexual assault and/or violence which may be triggering to survivors.

“There are wounds that never show on the body that are deeper and more hurtful than anything that bleeds.” – Laurell K. Hamilton

A twenty-three-year-old female physiotherapy intern had just finished watching a movie with her male friend on the night of December 16, 2012, when she boarded a bus in New Delhi on her way home. Jyoti Singh Pandey was raped and beaten by six male individuals that night, including the bus driver, as her male friend was knocked unconscious and gagged.

After the rape and beatings had subsided, the two were thrown from the moving bus as the bus driver attempted to run them over. Perhaps the most horrifying detail of this incident is not only the nature in which Jyoti was raped but the abuse that followed. Two blood stained metal rods had been uncovered from the scene of the rape and doctors were able to confirm that penetration from it led to the massive damage she suffered to her genitals, uterus, and intestines, leading to her death. One of the attackers had even confessed to pulling the woman’s intestines out of her body.

As sickening as this incident was, it highlighted one of the most significant issues present in Indian society today: the violence and abuse against women. Much of the violence they experience comes in the form of rape, domestic violence, acid attacks, dowry deaths, and torture by husbands and in-laws. In a culture where goddesses are worshiped, women are mistreated every day. Some would even dare to claim that India hates women. The hatred for them starts even before they are born. Millions of female fetuses are aborted each year simply because a girl is seen as a burden. Having a son, a male heir is seen as the ideal. Indian women are seen chanting prayers, fasting, and making vows before the divine in hopes that they will bear anything but a daughter.

Here in the West, the extremes of this case and culture don’t necessarily apply, but the nature of it does indeed, especially on college campuses. Signs hang in bathroom stalls and on bulletin boards. “Drinking is not a crime. Rape is,” “Clothing optional. Consent required,” or “Rape predates mini-skirts.” Yet rape and sexual assault still happen across campuses. Movements aimed to prevent rape seem pointless when all you see is a poster in the stall or on the bulletin board. Posters that go unnoticed to the majority of students. Resident Advisors across campus are exposed to various incidents, from alcohol poisoning to medicals. But the most shocking ones are those that involve that four letter word. Rape, a topic which most of us are uncomfortable approaching, discussing, and even thinking about. In India, a woman is raped every 2 minutes. The U.S ranks 13th in the world for rape. A woman’s chance of being raped in college is 1 in 4. In 9 out of 10 rapes, the perpetrator is someone the victim knows. And only roughly 16% of rapes are ever reported to the police. Even more shocking is that each year there are about 32,000 rape-related pregnancies.

With such astounding statistics, why isn’t more being done? Rape isn’t an individual’s problem anymore. It is now society’s. The responsibility doesn’t fall on the shoulders of the victims to dress less provocatively, or to avoid going out at night. Rape happens even in broad daylight. There is no such thing as a type of person that is more likely to get raped. Women and men of all ages, religions, class, cultures, beliefs or geographic locations can become a victim. Instead of asking how he/she let this happen, we should ask how can we support these victims. How can we better educate society? Women are not objects. Men are not there to satisfy the sexual desires of women. Rape is NEVER okay. But what’s even worse than rape itself is the shame, guilt, and depression that follows. We all have sisters, brothers, mothers, and fathers. If any of them were to be raped, how would you react?

On college campuses what we see is an epidemic among men, a poisonous misconception of supremacy and all-mightiness, incapable of ever doing wrong. Most perpetrators feel no remorse or regret towards the victim. No guilt or shame for the actions they have committed. Rather excuses to why it was justified. Rape seems to be happening now more than ever, as access to pornography becomes that much easier. Messages of devaluing women continue to be portrayed in pop culture. The cases of Brock Turner and Austin Wilkerson serve as reminders of the dangers of white privilege, especially when it meets with the rape culture. The reasoning being the same every time. “ The perpetrator’s life would be ruined.” What about the victim then? Why do we live a culture that engages in victim blaming?

Most of us grew up reciting the Pledge of Allegiance. “With liberty and justice for all.” I don’t remember it being “With liberty and justice for some.” Do you? In every situation, we have a choice. Turner and Wilkerson had the choice not to rape. No one was forcing them. They willing made the choice to ruin the life of the victim. Funny how rape is the only crime in which the victim becomes accused. Every choice has a consequence. And they deserve to suffer the consequences of their actions. Skin color and class should never be the excuse as to why their sentences are shorter. If that is the case, then society isn’t progressing forward, instead, it’s moving backwards. Perpetrators deserve to be treated as criminals. It is because of people like them that rape victims are afraid to come forward to law enforcement and to the public with their story. The judges and parents who support such individuals are why the rape culture and ensued victim blaming still continue to exist.

Women are not objects. A woman should always feel comfortable enough to dress as she pleases, to drink and party as much as she wants. But the sad truth is that that isn’t the case. Along with gifts and love, parents are forced to send their children off with pepper spray and pocket tasers. In a world they cannot trust, they send their children off in hopes that a higher being will keep them safe. Each day faith is lost in the justice system and white privilege continues to taunt some of us. All of us know that more needs to be done, an entire mindset must be changed, but is anything really changing? Flyers are a step in the right direction to creating awareness, but where does education come in? A mindset can’t be changed overnight, but an active effort must be incorporated. The children of the future must be raised to respect women. To hold them holy and sacred. To let go of the idea that the socialization of men’s masculinity must come at the expense of women.

Pot Parties And Weed Weddings Are The Latest Trend You Need...