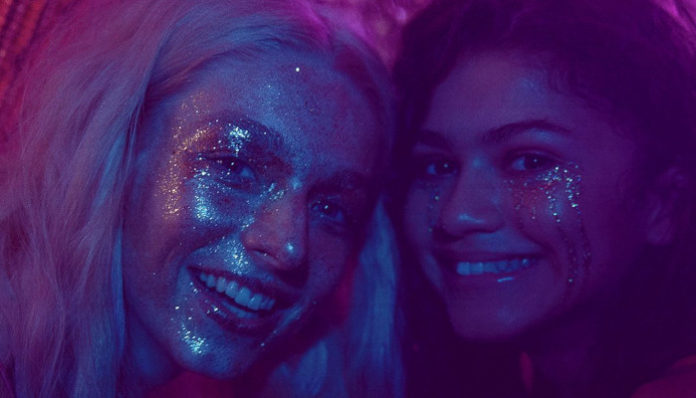 I used to wonder whether or not HBO’s hit teen drama Euphoria deserved all the buzz that it earned. After all, the marketing and trailers didn’t really set it apart from the past decade’s other coming-of-age stories. The neon aesthetic, the hazy atmosphere, and the teenage angst all seemed a little “been-there-done-that,” especially in 2018’s Assassination Nation. Between that and my friends’ inability to explain why Euphoria was worth my time, the series just didn’t scream “unmissable” to me.

However, the final nudge that got me to watch Euphoria came about a month ago when Zendaya became the youngest Best Actress in a Drama Series Emmy winner for her performance in the show. I felt that Zendaya alone would be reason enough to enjoy the series, even if I found it lacking in other areas.

you aren’t even close to being ready for tonight 😈 // 📸: @maudeapatow

The second surprise was Levinson’s treatment of each character as their own protagonist. I can’t remember the last time I watched a TV drama where I felt almost every speaking role was of equal narrative significance, and no one came off as an underwritten sidekick. These simultaneous protagonists don’t just work in the series because each character receives equal screen time. It all falls into place because by the end of the season, every character transcends the roles we initially find them in.

The final surprise was, to my astonishment, just how much I came to love the characters of Euphoria, warts and all.

I love that Rue (Zendaya) isn’t just a drug addict struggling to cope and connect. Also, I love that she (and by extension, the show itself) never questions her sexuality when she falls in love with a transgender girl. I love that nobody solely defines Jules (Hunter Schafer – playing the girl in question) by her transgender identity. Instead, everyone accepts and loves her, and her transgender identity is never an emotional burden for anyone, nor does she ever become a victim of sexual violence or suicide.

Of course, I also love that Nate (Jacob Elordi) isn’t just a closeted gay high school jock, but is also something of a junior psychopath who is as detestable as he is sympathetic. I love that Cassie (Sydney Sweeney) is not just another uber-sexy thot, but someone who actively wrestles with her promiscuity and growing womanhood. Obviously I could go on about the other characters and their respective actors’ impeccable talents, but I don’t want to give too much away for those who still haven’t watched the show.

I haven’t asked my friends about the series since I watched it, but I wouldn’t be surprised if they told me that Euphoria is the perfect teen drama for our times.

Contrary to what you might infer from what I’ve written here, I’d argue that it isn’t perfect, but that is precisely why it works. The show juggles multiple perspectives, feelings, and lives, so it’s only right that it feels out of control at times. It’s a messy story about a messy part of the human experience.

While my own experience as a teenager was never as tumultuous as the lives depicted in this show, I can’t imagine how comforting Euphoria must be for those who do see themselves in it. And if the show’s acclaim, Zendaya’s historic Emmy win, and an upcoming second season have proven anything (other than the fact that that you should absolutely put it at the top of your watchlist), it’s that this is only the beginning of something special. If we’re lucky, Season 2 of Euphoria will deepen and maybe even challenge our relationship to these characters.

What You Need To Remember About The Priorities You’ve Set For...