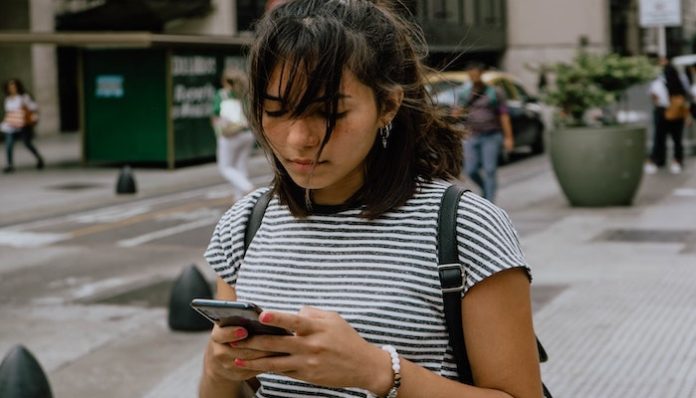 Add “wokefishing” to your list of things to avoid when online dating. Just when we thought modern dating couldn’t get any harder, a new branch of deceptive “wokefish” daters are here to distract us on our quests for love.

A wokefish, a term coined by VICE journalist Serena Smith, refers to anyone online who presents themselves as having liberal views but, in reality, fails to put what they profess online into any meaningful action in real life. It’s someone who insinuates or gives off vibes that they are woke, but actually carries a lot of conservative social and political views.

Know someone who posted a black square to their Instagram feed for #BlackLivesMatter, but continues to use racist language when talking behind people’s backs? They’re a wokefish. See someone write a #SaveTheTurtles post with a photo of their metal straw, but fail to mention that they use that straw in plastic disposable Starbucks cups every day? They, too, are wokefishing.

Wokefishing often isn’t a malicious or intentional as catfishing. People might genuinely think they’re progressive in their views but fail to actually self-reflect and edit their own negative behaviors. Wokefish are simply misinformed or lacking in self-awareness. Though, this doesn’t make it any less annoying to witness.

If we’re ever asked about “my type” when it comes to dating, we usually just reply with the obligatory “tall, handsome with a sense of humor.” But, in reality, these are rather insignificant boxes to tick when it comes to compatibility.

If you and the person you’re dating don’t see eye to eye on important social issues that affect our daily lives, how will your relationship fare in the long-run?

How to catch a “Wokefish”

The problems with dating a wokefish can take a while to show up depending on your circumstances, but when they do, it can be detrimental to your relationship.

Things could be going smoothly with the girl you swiped right on because she had a pride flag in her bio, but then you notice her refusing to use your trans friends’ correct pronouns. Or, you’re excited to go on a night out with your ultra-feminist boyfriend until he slut-shames you for your outfit choice.

If your social, moral, and political values aren’t something you want to compromise on in a relationship, you need to be on the lookout for this dating deception when navigating the online dating world.

Here’s how to catch a wokefish before they reel you too far in.

Sometimes, those who shout the loudest actually have the least to say. Anyone who heavily promotes progressive views on their dating profiles could be misunderstanding the meaning of the movements they claim to support. The Black Lives Matter movement wasn’t invented just to be included in a dating bio.

Often, wokefish are just saying what they think you want to hear, so if you say you’re a feminist, they’ll say they are too, only for them to still use derogatory language when talking about their female coworkers. These important social justice movements aren’t personality traits! Stop using them to get likes and swipes on social media.

Political debates aren’t a usual choice of pick-up line ,but sometimes it helps to delve deeper into someone’s claims to see just how devoted to their opinions they actually are. If someone has mentioned that they’re a feminist, anti-racist, climate activist, or any other social justice claim, use this as a conversation starter. If they’re well-intentioned, they probably brought it up because they want to talk about it anyway.

Ask them what they’ve done to support the movement they claim to be apart of. Have they read any good books about feminism? Attended a Black Lives Matter march? Lobbied their local politicians about climate action?

3. Observe how they treat others.

It’s easy for a wokefish to treat you with all the respect you deserve. After all, it’s you they’re trying to impress. But observing how people treat the people they’re not trying to get something out of is a far more accurate judge of character.

Take note of how they react to people of different races, backgrounds, or genders from them. Are they patronizing to women? Do they take the time to understand other cultures? Do they respect people’s chosen pronouns? How do they react to differences in accents, style of dress, or religions? These are all really helpful clues as to who they are at their core, rather than who they are claiming to be.

4. Pay attention to their language.

What might seem like throwaway comments or passing remarks can say a lot. Obviously, using racial slurs, sexist words or discriminatory terms is a sure sign you’ve been wokefished, but there are more subtle things to look out for, too.

Wokefishes love to attach themselves to feminism but then talk over women or mansplain every last thing. Or, they insist on describing people by their race or religion when these indicators are not relevant or helpful. Look out for the kind of humor they rely on to appear funny. Are they mocking minorities? Mimicking women? If your date has to be offensive to be funny, they’re probably not funny at all.

5. Look for actions rather than words.

We’re all guilty of not always practicing what we preach, but when it comes to fighting for important causes, actions speak a lot louder than words.

If you’re dating someone who claims to be “woke” and politically aware, but you can’t see it for yourself, that’s a huge red flag. Some things are glaringly obvious, like when your vegan animal rights activist date orders a cheeseburger for dinner. But even subtler things should tell you a lot like the books they read, their ability to call out injustices, or where they get their news updates. Even a desire to learn is a good sign.

You can’t expect your date to get it right all the time, but if they slip up in their language, views or opinions, and aren’t willing to learn from and be more accepting of others, you might be dealing with wokefishing.

Photo by Nicolas Lobos on Unsplash

Post-Grad Anxiety: Why You Should Embrace An Unpredictable Future