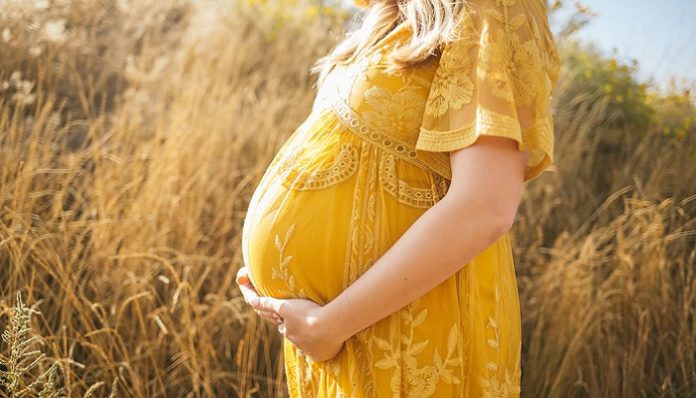 After a long day, I sat in my bed and checked my Instagram. As I scrolled, I found a post after post about Chrissy Teigan, then after a few scrolls, I reached her post. She had announced her pregnancy loss.

I couldn’t hold back my tears reading her words. I was heartbroken for her. The realness and the gravity of her words and photos spoke so profoundly about the heartache many women face and the consequences that follow.

Pregnancy is a wonderful experience, but let’s get real: It’s not easy. Not everyone goes through the nine months like a breeze. Some have major mental, emotional or physical setbacks.

According to a 2019 study, the maternal mortality rate is rising in the United States, a developed country which — on paper — has better health systems.

Around 700 women die annually due to preventable pregnancy complications. What’s even worse is that black women are three to four times more likely to die giving birth as compared to white women with the same education, income and socio-economic status.

In case you didn’t know, October 15th marks National Pregnancy and Infant Loss Awareness Day. It’s the day we need to shed a light on those events that most often are placed solely on the mother’s shoulders to deal with alone.

Imagine a time that is supposed to be happy — at least that’s how movies and social media portray it. But for many women, pregnancy or giving birth is a hard time. Some have depression and/or anxiety, they’re shamed for feeling this way, for not enjoying their little bundle of joy or not being grateful. The list goes on.

When will we recognize that everyone deals with their life experiences differently? Chrissy Teigan was shamed for posting her heartbreaking photos, yet I applaud her for doing this.

Some women go through miscarriages, have stillbirths, or lose their babies within days of having them because of severe complications. No one knows the pain except for those who went through it. So imagine the trauma women endure silently.

Carrying a baby for months, making plans,  picking names, then it’s all gone.

The photo they take of that baby in their arms is the last memory they have, and even if they have other children or give birth to a rainbow child, that pain will always be there.

They will celebrate their birthdays, they will remember the heartache and they will have just a single photo of that moment when life completely changed.

We need to allow more women to come out with their pain, their heartache and their struggles.

Not only should we shed a light on pregnancy loss, but we should also take time to understand postpartum depression and anxiety. The guilt mothers feel because they don’t instantly connect with their babies or they don’t feel that overwhelming happiness they’re told they should is unbearable. It only adds to the mental and physical exhaustion they feel.

The grief women experience is not only confined to the loss of one’s identity after giving birth or the feeling of guilt for having postpartum anxiety and or/depression. Nor is it from losing a baby — grief also occurs when a couple knows they are infertile.

Infertility is a struggle on its own. It comes with a plethora of emotions similar to loss — in this case, the inability to have kids. Having children is something society usually upholds you to if you’re a married woman or have been in a relationship for some time.

It’s not only emotionally draining but also financially as you have to get treatments. This adds more stress to the relationship, and the heartache is unbearable if it isn’t successful.

So, let’s start allowing women to cry, yell, and talk openly about grief and loss and the ache they feel when they expected something different than the outcome. Let’s allow them to grieve the life they imagined and planned for but didn’t get.

is painful, but you’re not

with a new capacity to

The Hard Truth About Watching Someone You Love Spiral