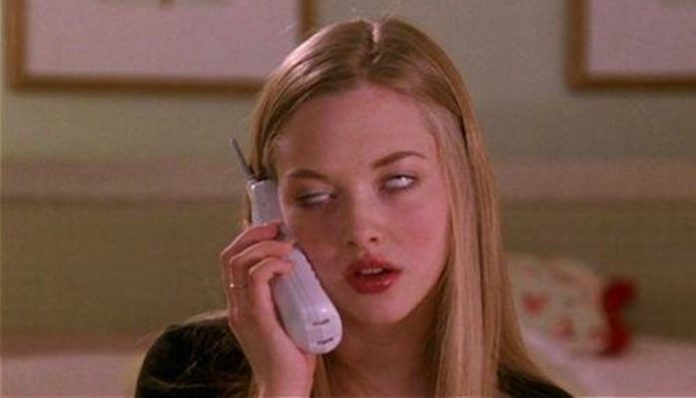 Decide is that’s something you want — or something that’d be bad for you.

For some, a casual fling with an ex can work. If you’re someone who can separate sex and emotions, it may not be a big deal to hook up with your ex every once in a while. Hey, sometimes a girl needs sex! Still, you need to be realistic. Do not do it if you’re still getting over them. This is not the right way to try to rekindle the relationship.

If you’re not into it, shut it down.

It doesn’t have to be hostile, but you should maturely answer them so they know where you stand. Even if it stings to have them reach back out, you can still have class and respect for them when you say no. It’s better to communicate clearly than to just leave them on read.

If the ex doesn’t take it well, stand up for yourself.

You are more than just a booty call and — more importantly — you and your ex broke up. You don’t owe them anything — especially not sex — so don’t let them guilt you into in. You’re worthy of respect. By giving into sex to make him feel better, you’re putting his needs before your own.

If they won’t respect your boundaries or no-contact rules, block them.

It’s especially frustrating to be asked for sex when you and your ex agreed on a period of no-contact after the breakup. If they can’t respect those wishes — and especially if they’re pestering you for sex — you should go ahead and block them. You can always undo a block, but it’s better for your mental health to just mute that noise.

Whether you’re still getting over them or not, feel good that they still want you.

Let’s be honest, who doesn’t feel good knowing someone else wants them? When your ex reaches out to have sex, it shows that they are missing you and that you are on their mind. Just keep reminding yourself that you were the best thing that ever happened to them.

If your ex reaches out to you for sex, you shouldn’t be ashamed of it — instead, you should be proud. Think of it this way: They know that you’re amazing and they are sad about the fact that you moved on in your life. If you aren’t interested in something casual, then just keep moving on and stay focused on the things that make you happy. You have to live your life for you — not for your ex. Thank you, next!

Why Fall Will Always Make Me Think Of You

5 Ways To Add Reading To Your Daily Routine In Honor...